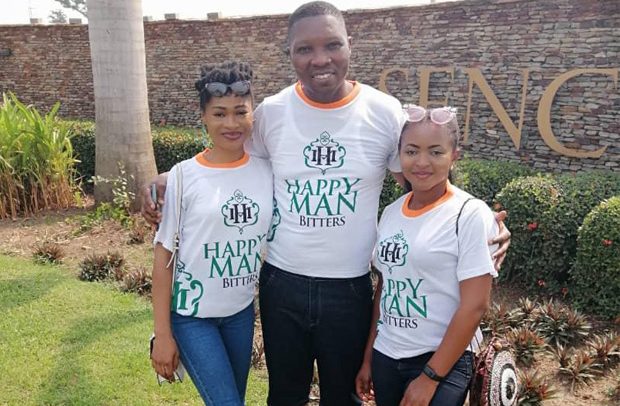 Dr. Borketey in a pose with the beauty queens

The treat which was part of the package for the winners was orchestrated by the first couple of the fast growing company, Dr Emmanuel Borketey Bortey the Chief Executive Officer (CEO) of Charger Group Limited and Mrs Doris Bortey.

The CEO together with his wife warmly welcomed the Miss Upper East team and toured places like the Royal Senchi in Akosombo, the Akosombo Dam, Dodi World and crowned it with a grand dinner at the Kempinski Hotel Gold Coast City, Accra.

The trip was enriched with fun and entertainment. Charger Limited has always believed in delivering its Corporate Social Responsibility (CSR); and right from the inception of the Miss Upper East beauty pageant, a scheme aimed at empowering young ladies in the region,  the beverage producing giants have been consistent in that regard.

The CEO said after the treat that “this year’s grand tour for the winners is just the beginning of bigger things to come. We at Charger Group believe in empowering the youth because in them, lie the future of our country.”

Preceding the treat was a media tour to KFM TV, Atinka TV and Oliv Radio. Later, they called on MP Mahama Ayariga and the Deputy Attorney General, Kpemka.

It was Tony Atubiga of Ayelbis event who put the pageant together.