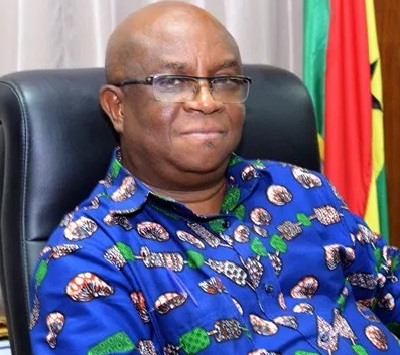 Some residents in the Volta Region have expressed mixed reactions about the President’s re-nomination of Dr Archibald Yao Letsa as the Volta Regional Minister-designate.

Speaking in an interview with the Ghana News Agency (GNA) some residents described the renomination as a step in the right direction to enable him to continue with the development plans he has for the Region, while others think otherwise.

An egg seller, who only gave her name as Akpene said the President had taken a good decision for re-nominating him, considering the swift nature he handled security situations in the Region.

She said the Region also witnessed some appreciable level of development under him in the past four years, and thus deserved a second chance to continue.

Akpene commended the President for reducing the number of his ministers, saying it would help save the public purse.

Another resident who gave his name as Emmanuel said the Region had not witnessed any development under Dr Letsa as Minister, hence, “we don’t want him, the President should bring another person.

A lotto agent, who wanted to remain anonymous said the President would not have re-nominated him if he had not performed to his satisfaction, therefore he had no problem with him being reappointed.

The agent while commending the President for reducing the number of his Ministers, added that he wondered why such was not done in his first term of office.

A trader who gave her name as Dzigbordi said she had not seen the needed development in the Region for which Dr Letsa should be given another term as the Regional Minister.

Another gentleman who also gave his name as Michael said “the reduction of the number of ministers is a step towards plus, but not a plus,” urging the President to reduce it further to save the public purse.
GNA

Man In court for Threatening NPP Chairman With Death