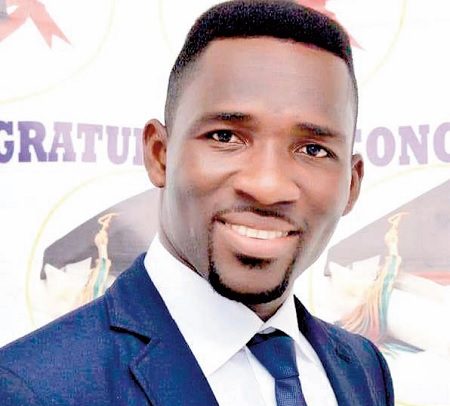 The National Security Council Secretariat has denied claims by one of the suspected ModernGhana ‘hackers’, Emmanuel Ajarfo Abugri, that they were beaten and tortured by National Security operatives after their arrest recently.

Two journalists of the online portal, ModernGhana.Com, it would be recalled, were arrested last week for allegedly hacking and engaging in other cyber-crimes are due for court on Tuesday July 2, 2019.

The suspects are Emmanuel Ajarfor Abugri, the Deputy Editor of ModernGhana and Emmanuel Yeboah Britwum, a reporter working for the portal.

They were arrested Thursday evening by National Security Operatives.

One of the suspects, Mr. Ajarfor Abugri, after their release, claimed he was manhandled and tortured by the security officers while under detention and interrogation.

But in a statement, the National Security Council Secretariat said it took “a very serious view of these claims, and wishes to state, in no uncertain terms, that these allegations are false.”

It said “we consider it to be a clear and deliberate attempt by the suspect to discredit the investigations and the case against him.”

The statement observed that “torture and manhandling of suspects are not part and parcel of the culture and architecture of the Secretariat under the administration of President Akufo-Addo.”

It revealed that the suspect has been handed over to the Criminal Investigation Department (CID) of the Ghana Police Service and that the Police has requested that a medical examination be undertaken immediately.

According to Police and National Security sources, the two suspects were engaged in some cybercrime activities targeted at other corporate organisations.

The suspects also reportedly hacked into financial records of some other media houses.

The facts supporting those charges are to be made available to an Accra High Court when they appear on Tuesday, DGN Online is informed.

Already there are suggestions that the claim of torture by one of the suspect is a calculated effort to win public sympathy and cover up their criminal and unethical conduct.

Other public commentators have also questioned why the national security operatives would arrest and allegedly torture journalists.