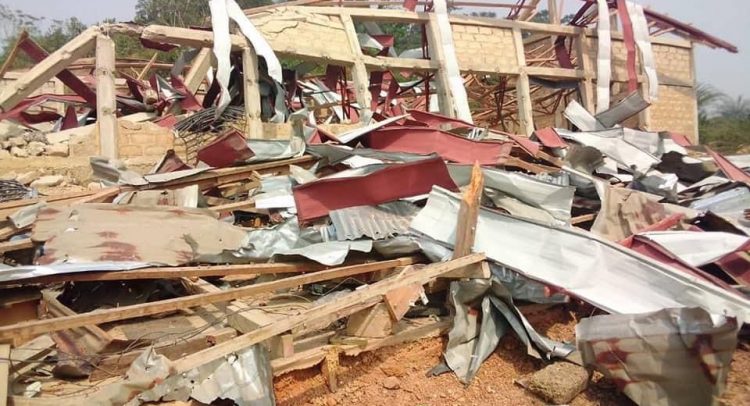 The Apiate tragedy was like no other in our contemporary local history. Our country is not used to such tragedies, the only mishaps we are used to being vehicular accidents on our highways and occasional flooding.

So awful was the tragedy that the major international news networks could not overlook it in their bulletins.

Even as we mourn the dead and count the losses, we should not lose sight of the regulatory failure which had a hand in the calamity.

Those with a sense of world history remembered Hiroshima and Nagasaki during the Second World War. For a settlement to be reduced to such rubbles required explosives of high TNT which was exactly what the truck was carting to another location.

The interdiction of the Chief Inspector of Mines as a consequence of the tragedy is the appropriate action to take under the circumstances as other factors are explored through a probe of course.

In a country not used to such calamities, the shock the tragedy visited upon us was understandable.

The contents of the vehicle being explosive and incendiary in nature required more professional management than we saw. It sounded simplistic that the driver of such explosive cargo could collide with a motorcycle or a tricycle leaving the driver to be asking people to flee from the scene.

Management of the transportation of such high risk cargo should adhere strictly to world class safety practices. Deviation from such practices can be costly and we saw it when the accident occurred.

The relevant state regulator should on its part be on top of its assignment by constantly ensuring that the safety rulebook is followed to the letter.

The observation of the Ministry of the Interior about the poor safety standards of the explosives company is instructive.

Besides the safety queries, the authorities should have undertaken a total interrogation of the company and indeed others in the industry vis a vis adherence to safety standards.

Personnel are not adequately protected against possible hazards by the company, was another observation of the Interior Minister. Yet little or nothing was done to the management to have them alter their ways.

The dangerous explosives have constantly been transported to the mining sites using the same route and method over the years only waiting for tragedy to happen. There are too many risks on our highways that taking things for granted as was observed in the case of the subject under review should no longer be acceptable henceforth.

Motorcycles and their tricycles will always be on our roads regardless of the explosive nature of the cargo which are transported along the routes, so we should go to the drawing board and rethink the current standards.

The minutest of frictions and the attendant sparks will lead to the detonating of dynamites and other forms of explosives, a fact most Ghanaians do not know otherwise, onlookers would not have gone close to the fire to take pictures only to suffer the consequences of their ignorance.

We support the probing of the tragedy lest the reckless management of explosives continues.

The Elephant Must Learn To Appreciate Its Jewels!