Money Is Not My Focus – Rachel Lamptey 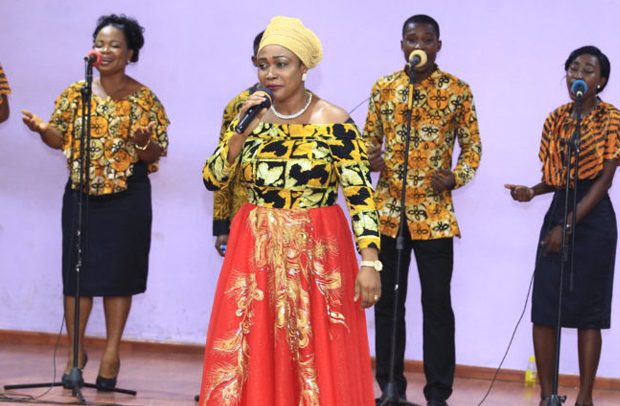 Gospel songstress Rachel Lamptey launched her 10-track maiden album titled ‘Alive Today’ on Saturday, with a clear message that she won’t let money be her main concern as a gospel musician.

Rachel cited that she would rather sing to glorify God and whatever God offers her, she would take it in good faith.

“What’s business? Money has gone into my album. Yeah but the Bible says that do my work and I will reward you in return. If it is money that I have to focus on, I wouldn’t be singing. Because like I said earlier I am a graduate from the Central University and hold a Bsc. in Business Administration and still in school. So I could work in an office,” she told journalists.

“Money is good. It will help the ministry to grow. We are getting ready for the release of my second album because the feedback we are getting is good. So we need money to continue but money shouldn’t be the focus. I believed it is God who called me and so he won’t put me to shame,” she reiterated.

The launch of Rachel’s maiden album was held at the Watered Gardens Church near Dansoman roundabout, Accra.

It was attended by a good number of people who had the opportunity to witness performances from Rachel and other gospel musicians. The ‘Alive Today’ album has 10 tracks.

Rachel is the second of four children. Her late father, Mr Seth Tetteh Ashong-Katai, was a renowned writer, filmmaker and poet. Though an introvert, Rachel never shied away from singing in choirs, acting plays and reciting poems or Bible quotations regularly in church.

In high school (St Monica’s Senior High), she wrote poems, one of which was featured in the school’s yearly magazine.  After high school, she joined an amateur theatre company and was adjudged the most promising actress in 1997 and the best actress in 1998 in the yearly theatre festivals organised by the Ghana Union of Theatre Societies.

Rachel trained as a stenographer secretary but because of her interest and her God-given talent, she earned a place in the National Drama Company and also worked as a professional actress for a while.

Rachel holds a Bsc. in Business Administration from the Central University and is currently reading an M.A in Religious Studies from the same university. She has worked with Glory Oil Company Limited, Gateway Services Limited, among others. Currently, she is managing some family businesses, including a dry cleaning company.

But in spite of all that, she chose to do music. “I expect people who listen to my music to appreciate God more,” she underscored.