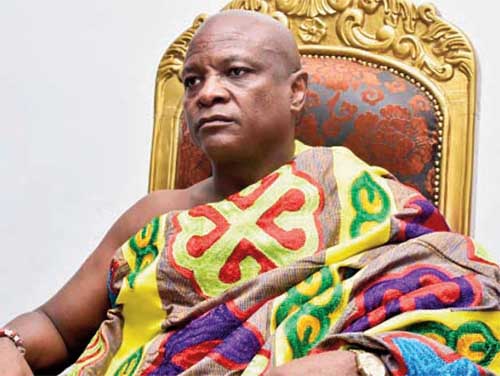 The fire which has engulfed the National House of Chiefs continues to rage as more chiefs and others deny Togbe Afede’s ‘No’ position on the December referendum.

Joining the denial list is Chairman of the Legal Committee of the House, Nana Prof. S.K.B. Asante, who denied that his committee took such a decision as put out by Togbe Afede XIV in his rejoinder.

Already many chiefs have strongly denied that there was consensus or even a meeting on the issue.

The controversial statement, according to the authors — Togbe Afede and the Vice-President of the House — was based upon the recommendation of the Legal Committee, a denial, which has dealt another blow to the integrity of the prominent traditional ruler from the Volta Region.

Speaking to an Accra-based FM radio station, the Chairman of the Legal Committee said they only raised concerns about the seeming marginalization of chiefs in local development.

“We did not specifically advise a ‘NO VOTE’ to our colleagues. I’m contemplating an emergency meeting with my colleagues so we thrash this thing out. The memorandum made by the NHC to the minister did not press for a ‘NO VOTE’. That is the fact,” he added.

Joining the fray with a piece of ‘advice’ is the Centre for Democratic Development (CDD) Boss, H. Kwasi Prempeh, who, while describing the chiefs as ‘embarrassingly confused’ on the subject, said they required an education session to understand the issue.

He has, therefore, called on the National Commission on Civic Education (NCCE) on his Facebook post “to arrange a special civic education session for our National House of Chiefs on the question that is on the December 17 referendum ballot. Apparently, our Niimei and Naas and Nananom and Togbes are embarrassingly confused, if not misinformed, as to what it is 55(3) is about. Point 7(ii) of their statement (attached) reveals a lack of understanding of what 55(3) seeks to accomplish.”

Taking issues with the Togbe Afede’s statement, he pointed out that their NO position communicated in an earlier statement, which position is now disputed by other members of the House, was based on the recommendation of their Legal Affairs Committee that “the House should strongly object to the notion that membership of local assemblies should exclusively comprise representatives of political parties as in Parliament.”

Which proposed amendment to what provision of the Constitution are they referring to? he asked, adding “there is no proposed amendment to any provision of the Constitution that would restrict membership of local assemblies exclusively to representatives of political parties, as in Parliament. That is a palpably false statement.”

“What a sad turn of events, that even the National House of Chiefs has been drawn into this small palaver in a dishonourably divisive way,” he said.

Obviously refusing to be drawn into polemics with Togbe Afede who had earlier used harsh words in his rejoinder, the President of the Western Regional House of Chiefs, Ogyeahoho Yaw Gyebi, has said “it’s rather unfortunate that Togbe is saying I’m being mischievous. It really is unfortunate. I still stand by my statement that the National House of Chiefs has not met to advise members to vote NO during the referendum.”

Togbe Afede’s rejoinder which sought to demolish the points raised by the two prominent chiefs appears to have failed as the Chairman of the Legal Committee joins the list of persons debunking his position that there were meetings on the subject.