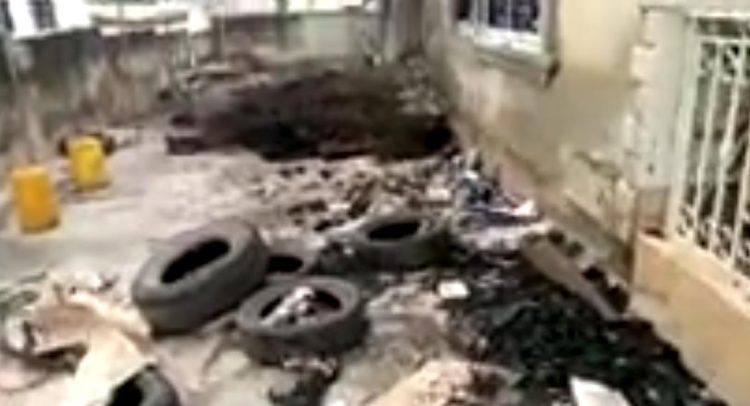 Three family members made up of a mother and her two children have died after their house caught fire Tuesday dawn at Asuoyeboah in the Kwadaso Municipality of the Ashanti Region.

The which fire broke out at about 12am also left one person battling for his life at the Komfo Anokye Teaching Hospital after he sustained injuries as a result of the incident.

Information gathered by DGN Online indicates that the inferno occurred when the family was fast asleep in their rooms.

The three including their mother and the children were burnt beyond recognition as the fire swept through their apartment, which housed five rooms and a tenant.

Forty seven-year old mother, Felicia Owusu and her two children, Obed Owusu, 11, and Christabel Owusu, 9, died after they were trapped in the house albeit frantic efforts by residents to rescue them.

Eyewitness expressed shock about the intensity of the fire though it was raining.

According to a resident, “We are in shock with the intensity of the fire even though it was raining at the time of the incident. We thought the rain will minimize the impact but within minutes, the entire 10-bedroom apartment was engulfed with fire and our efforts to try and save them proved futile.

“They all got trapped and couldn’t come through the window because of the burglar proof. However, the man of the house managed to escape because he was in a separate room. He decided to go back and rescue his family but to no avail. He later sustained some severe burns and was rushed to the Komfo Anokye Teaching Hospital for treatment.”

Kwame Osei Bonsu, a tenant told Silver FM that the fire destroyed everything in the house while the husband who was able to escaped sustain some degrees of injuries and has been admitted at the hospital for treatment.

Meanwhile, the charred bodies have been deposited at the morgue of KATH for autopsy and preservation.