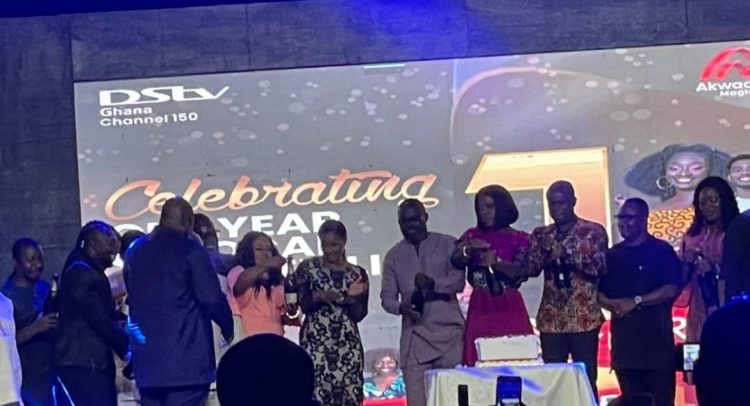 Multichoice Ghana has as part of efforts to help revive Ghana’s ailing movie industry has invested over $1million into the industry in the last one year.

This follows a huge outcry from stakeholders due to COVID-19 negative impact on the industry.

The investment forms part of the grand agenda to not only get the industry back but also rock shoulders with other thriving and recognised industries around the world.

The investment was through it’s content on its Akwaaba Magic channel, which is dedicated to only Ghanaian content.

“Our focus is to bring the best mix of local and international content to the homes of our customers. This can only be achieved by supporting the local film industry to harness its full potential.

We started by rebranding the Rock Channel to RockGh and introducing the Tracejama on Dstv & Gotv. Since the channel started airing on Dstv and later on Gotv, Akwaaba Magic has commissioned several productions including Dede, To Have & To Fold, Inspector Bediako, Accra Medics, Date My Family among several others. We invested over one million dollars in just one (1) year,” he stated.

“Directly Akwaaba Magic has created over a thousand jobs for cast and crew. And we have been shooting in Accra, Ada, Akosombo, Takoradi, Kumasi, Aburi etc,” he added.

He also thanked movie stakeholders for their continual contributions to Multichoice and Akwaaba Magic’s efforts to support the industry.

Akwaaba Magic is currently celebrating its first anniversary with brilliant new shows for its viewers.

It was launched on March 8, 2021, and it has since made its way into the hearts of Ghanaians by being an authentic Ghanaian storyteller, a role that MultiChoice takes seriously, and a tradition that continues to propel us well into the future.

It was attended by personalities such as Nadia Buari, Juliet Ibrahim, Roselyn Ngissah, Beverly Afaglo, Oscar Provencal and Anthony Woode among others.

Deputy Minister of Tourism, Arts & Culture Mark Okraku Mante in an address congratulated Multichoice & the team at Akwaaba Magic for its contribution to the movie industry.