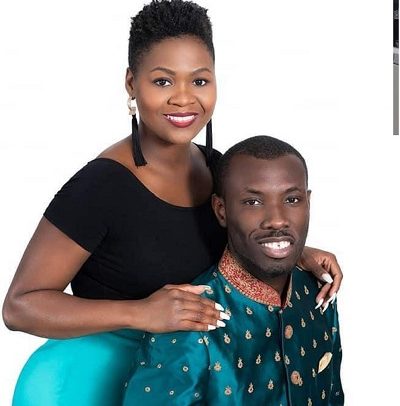 Sophia Tommey, sister of the lady who was shot seven times and killed by her husband Sylvester Ofori in Orlando, Florida, says the couple started having marital issues after the man of God joined an occult group.

According to her, this forced Barbara Tommey to move out of her matrimonial home three months before her shooting incident.

Sophia alleged on Kofi TV that Sylvester returned to Ghana to pay a visit to a certain “powerful” man within the Nzema community, after which there was a change in his behaviour.

“Sylvester had denounced God after he visited Nzema and was given a book to read. He then gave the book to my sister to read and after reading, she was also showing signs of denouncing God to follow the husband but she later recovered through prayers. My sister (Barbara Tommey) later discovered her husband had joined an occult group and filed for divorce,” she alleged.

Explaining what led to the shooting incident, she indicated that Barbara returned to the house on Sunday, September 6 for some documents when Sylvester nearly choked her to death.

This made their brother (Perry) angry, and he physically attacked Sylvester, a situation which was captured in their viral video last week.

“Barbara was the breadwinner of the family and owned all the properties. Sylvester was just a pastor, so the thought of losing everything pushed him to kill my sister,” she alleged.

“Barbara was a very quiet person, so all the things we heard were from her friends; she never told us what she was going through until her death,” Sophia added.

She has expressed confidence in the American justice system to get justice for her sister.

South African Hit 'Jerusalema' Most Searched Song In The World