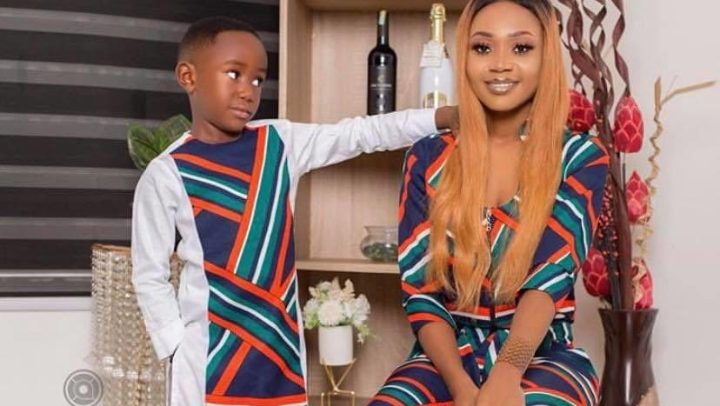 Social media sensation, Akuapem Poloo known in private life as Rosemond Brown has announced that she would no longer advertise big buttocks or flat tummy products.

In her Instagram video on Friday she revealed the decision was as a result of a request from her son.
According to her, the kid is not comfortable with her promoting such products.

She said that he woke her up early morning to talk to her about his dislike for promoting such products.

“This morning my son woke me up before going to school and told me that he needs me to do something for him but I should promise him I am going to say yes when he says it. So I asked him to go on and what he told me was I should promise him, I will not talk about flat tummy products or big buttocks products again. I looked at my son and said in my mind that he doesn’t know what he is saying because it is the same job I do I use to pay his school fees but what? Yes, he is my son so I have to listen to him. So now I am not talking about flat tummy or any big ass product,” she said on Friday.

“I can talk about any skin care product or anything but not flat tummy and butt products,” she added.

In April 2021 Poloo was handed a 90 days jail sentence by an Accra Circuit Court presided over by Christina Cann for posting naked pictures of herself and her son on social media.

She was subsequently granted bail after an appeal application at the High Court.

The kid is now grown and advising his mother on what to promote.

I Have No Issues With My Ex-Husband- Akua GMB