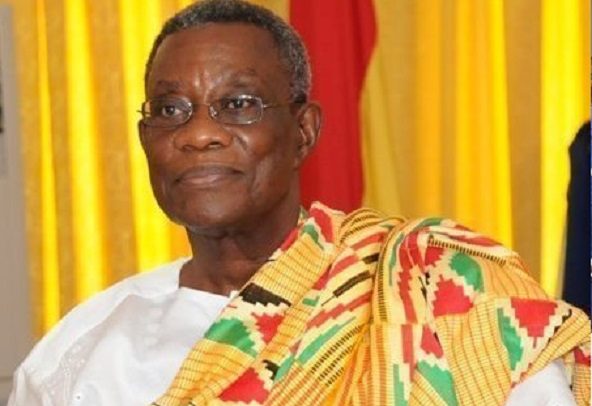 Controversy over the cause of death of former President John Evans Atta Mills continues to deepen as many of his supporters and some family members refuse to believe the facts or the circumstances of his death.

The latest to have joined the fray of ‘unbelievers’ is Kobina Biney, the Head of the Atta Mills Family, who insists the family remains in the dark about what exactly killed the man christened: “Asomdweehene”, 10 years after his death.

According to him, the big concern for many in the family is when will an official report be provided to answer a host of questions in the mysterious case.

The Abusuapanyin told Angel FM last Friday that so far, very little information has been released about what actually killed Prof. Mills, asserting that one of the late President’s brothers told them he died from a sickness.

He indicated, however, that the said brother failed to produce an autopsy report to back his claims, adding that without a doctor’s report to confirm the claims, they, as a family, cannot accept the by word-of-mouth assertion.

Earlier on, brother of the late former President Mills stated that there was no need for Ghanaians to know how the former statesman died, urging the public to keep their noses out of it.

Samuel Atta Mills, who is the National Democratic Congress (NDC) Member of Parliament for Komenda-Edina-Eguafo-Abrem, said he wished Ghanaians would focus on what his brother did, while on earth.

It followed a demand by the Founder of Atta Mills Institute, Koku Anyidoho, for the brother of the late former President to produce the autopsy report on the death of Prof. Atta Mills, while they traded accusations on the grave of the man.

But contributing to a statement on the floor of Parliament to eulogise his brother on July 21, 2022, Mr. Samuel Atta Mills said, “It is interesting that after his death so many things are coming on.”

“I just hope and wish that Ghanaians will focus on what he (Prof. Mills) did instead of how he died because it is none of anybody’s business,” he intimated.

However, the Atta Mills Abusuapanyin insists the autopsy report issue cannot be brushed aside since it is key to establish the exact cause of Prof. Mills’ death to end the various conspiracy theories which appeared within hours of his death.

“Officially, the family does not know what killed Prof. [Atta Mills]. Not that the cause of death is not important to us. One of his brothers said that he died of a sickness but they have not shown us the autopsy report to back that claim,” Mr. Biney stressed.

He told the radio station that he was not the family head at the time the former President died and, therefore, could not have followed up on those details.

“When Prof. died I was not the family head. The then Abusuapanyin has died and the one who succeeded him has also died,” he explained.

Founder of Atta Mills Institute, Koku Anyidoho, dared Samuel Atta Mills to produce the autopsy report on the death of his brother, after the NDC MP for Komenda-Edina-Eguafo-Abrem accused him and the government for desecrating the grave of the late President in the name of renovation.

He alleged that the MP had not visited the graveside of his brother in the last ten years “to care about the remains of his brother,” intimating that the renovation at the Asomdwee Park is to “glorify God and Ghana to move away from the level of ignominy that Asomdwee Park sat in. Sammy Atta Mills should be ashamed of himself.”

Later, President Akufo-Addo denied accusations by the family of former President Atta Mills that the government has allowed an NGO to tamper with the tomb of the late tax law professor in the name of rehabilitation.

According to him, the accusation of the supposed desecration is not only false, but also malicious and intended to court disaffection and ill-will for his government.

He was speaking during the commissioning of the rehabilitated Asomdwee Park, where the late former President Atta Mills was buried, and accordingly rejected the claims, describing them as unfortunate.

“Nothing could be further from the truth, and it is good to note that these false, malicious statements have been firmly dispelled and debunked by the Coastal Development Authority, through the agency of its CEO, Mr. Jerry Ahmed Shaib, in a public statement under his hand,” he stated.

Voice From A Tilapia Farm