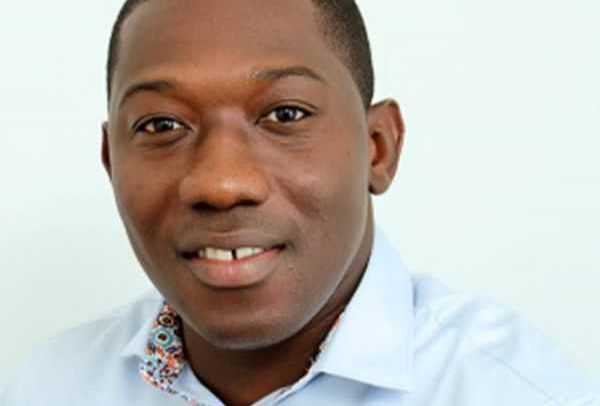 Herbert Krapa
Government’s spokesperson on governance and legal affairs, Herbert Krapa is stressing that President Nana Addo Dankwa Akufo-Add and the governing New Patriotic Party (NPP) will win the upcoming election by a higher margin than predicted by the University of Ghana (UG) survey.

The survey carried out by the Political Science Department of the University which sampled 11,949 respondents from 100 constituencies across all the16 regions of Ghana predicted a 51.7% win for the governing NPP’s Nana Akufo-Addo as against 40.4% for NDC’s John Mahama.

More so, the findings of this survey represent the sentiments of the broad majority of the Ghanaian people and echo their expectations for the coming elections,” he observed.

Furthermore, “the mother and grandmother of all polls is coming in a few days, and the NPP is confident that the Ghanaian electorate will vote resoundingly to return President Akufo-Addo and the NPP to power to continue with the good work they are doing for them.”

The Legal practitioner also indicated that “this election is about track records,” because both candidate John Mahama and President Akufo-Addo have had the opportunity to lead Ghana as head of state.

However, the records favour the President by a very huge margin because “President Akufo-Addo’s track record, while evident for all to see, has provided the solutions to the problems Mr. Mahama left behind as his track record.”

“We are happy with the results we see on the ground. President Akufo-Addo has worked hard for which reason he is receiving global commendation and we do not think the Ghanaian people who are direct beneficiaries of his policies and vision, see things any differently. They would not want to rock the boat and they won’t change a leader who is doing so much for them.”

Under energy, the situation of erratic power supply otherwise referred to as “dumsor” which gave Ghanaians sleepless nights, collapsed business and left many jobless is now a thing of the past. “President Akufo-Addo promised to end ‘dumsor’ when voted to power and he did.”

Ghana’s economy under John Mahama had crashed and was ailing on its knees to the point he had to run to the IMF for help. However, “President Akufo-Addo promised to take Ghana out of IMF and he did,” he noted.

While under Mahama high unemployment led to the formation of Unemployed Graduates Association, under Nana Akufo-Addo, teacher and nursing trainee allowances have been restored, backlog of graduate nursing and midwives has been cleared, same as that of civil and public servant unemployment left behind by Mahama. NABCO and the president’s industrialisation agenda through 1 District 1 Factory has also employed many more people.

Free SHS which Mahama said was impossible, has so far given quality education to over a million students. As a result of the success of the programme, “today, those who said it was not possible to achieve, are claiming credit for,” he pondered.

That notwithstanding, “The verdict is out there and on the thumbs of the Ghanaian people. On December 7, the people of Ghana, who are the ultimate referees will tell us who instituted free SHS and who was against it.”

Peter Boamah Otokunor, NDC Deputy General Secretary who also responded to the survey, rubbished the poll and said it lacked credibility and was sponsored by the government.

He said Mahama would win the elections by an overwhelming majority.