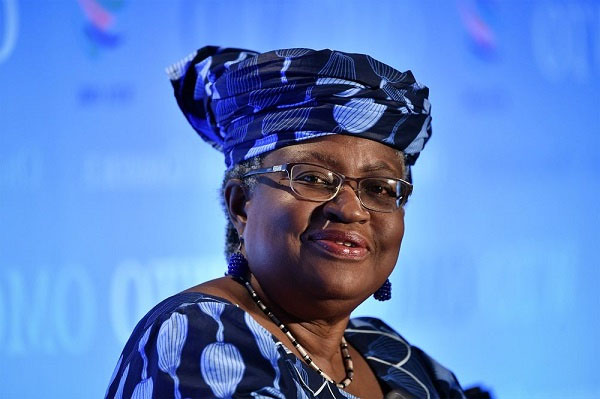 In a letter, he described as historic the appointment of Dr. Okonjo-Iweala, a two-time former Minister of Finance of Nigeria.

President Akufo-Addo expressed delight at the fact that her election was by consensus of the General Council of the WTO, making Dr. Okonjo-Iweala “the first woman and first African to occupy the office of director general of the organisation.”

For him, this was “a tribute to black women the world over, particularly to African women.”

He said her appointment came at a time when Africa had taken steps to liberalise intra-continental trade through the Africa Continental Free Trade Area, and the challenges brought about by Covid-19.

“I am of the firm conviction that you are eminently qualified to lead the organisation in these momentous times,” he noted, with an assurance in tow, “I assure you of the full support of the Government of Ghana in your new role.”

This was contained in a message dated February 17, 2021 sent to the President of the Federal Republic of Nigeria, Muhammadu Buhari, on the appointment of Dr. Okonjo-Iweala to her new position.

President Akufo-Addo has since assured the government and people of Nigeria of the “support of the Government of Ghana in her new role.”

She sits on the boards of Standard Chartered Bank, Twitter, Global Alliance for Vaccines and Immunization and the African Risk Capacity (ARC).

On February 15, 2021 she was appointed as Director General of the World Trade Organization.

Dr. Okonjo-Iweala previously took a 25-year career at the World Bank as a development economist, scaling the ranks to the number two position of managing director, operations (2007–2011).

In 2005, Euromoney named her Global Finance Minister of the year.

Demi Lovato 'Had Three Strokes & A Heart Attack’ After 2018 Overdose

‘Criminality Of LGBT Is Non-negotiable ‘