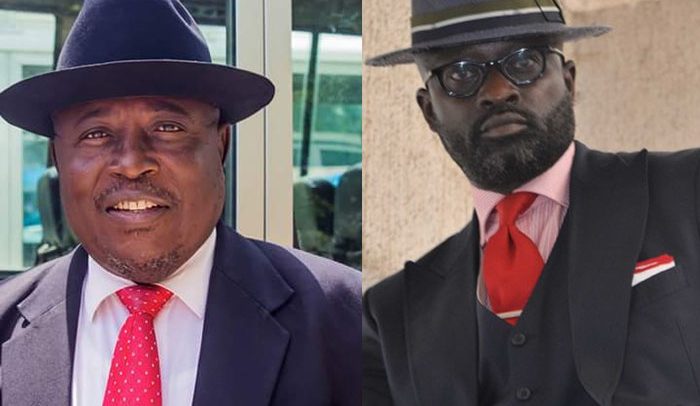 Mr. Amidu tendered his resignation in a letter to the President on Monday, saying his decision was to enable the President to appoint a replacement as required by law after claiming there was interference in his work.

He had also said in the letter that the OSP was consistently deprived of finances which made him handicap in carrying out his lawful duties as a result of the government’s failure to provide him with the required resources.

But the Office of the President, in a response, dismissed the claims as factually incorrect, indicating that the Akufo-Addo government, in its commitment in fighting corruption and its related matters, ensured the expeditious set-up of the OSP and provided it with the necessary assistance in terms of funds, human resources and administrative support to execute the mandate.

The President also described as ‘untenable’ the Mr. Amidu’s claim that his decision to resign from the position was as a result of government’s interference in his work.

In a statement issued on Tuesday evening, the Secretary to the President, Nana Bediatuo Asante, said President Akufo-Addo had done no wrong and wondered why the SP went public with his resignation even before the President could respond to the issues contained therein.

“Indeed, the records show that in keeping with his resolve to sufficiently equip the office in the discharge of its mandate under Act 959, the President provided your office the necessary financial and administrative support,” the President’s office in a statement said.

“Your office received more than a sufficient budgetary allocation to assist it in its anti-corruption fight,” the statement added.

The statement said despite Mr. Amidu bemoaning the non-payment of the salaries of himself and the Deputy SP, the OSP had been adequately funded to pay for salaries.

The statement explained that in 2018, a total of GH¢154.261.84  was released to the Office of the Special Prosecutor to deal with goods and services as well as capex after the office requested and was granted authorization to spend GH¢3,791,214.

The government said Mr. Amidu, however, failed to request for the monies to undertake the office’s activities.

The President’s Office disclosed that in 2019, the office again submitted a budget proposal of GH¢360 million out of which GH¢180.16 million was approved with GH¢65.690 million released to the office for appropriation.

“Although your office did not apply for the release of funds in 2019, the Ministry of Finance released GH¢65.69 million and transferred it into the bank account of your office for your operations. Only a little of over GH¢5.22 million had been utilized by you as head of the office of the SP,” the statement noted.

To this end, the unutilized amount of over GH¢60.47 million, which should have been returned to the Consolidated Fund in accordance with administrative practices was rolled over by the Ministry of Finance to the following year to be utilized by the office.

The office is also said to have not accessed the amount on GIFMIS, the government payments platform.

“The Compensation Budget for the OSP in 2019 was not utilized because your office was not able to recruit relevant staff by the end of the year,” the statement further stated.

“At the outset, it must be made clear that throughout your tenure as SP, neither the President nor any member of his government interfered or sought to interfere with your work,” President Akufo-Addo asserted.

The statement indicated that it was worthy to note that Mr. Amidu in his letter to the President dated October 16, 2020 had stated unequivocally that he was able to undertake the corruption risk assessment on the Agyapa Royalties Monetization Transaction because of “the courage and commitment of H.E the President of Ghana in redeeming the promise he made to Ghanaians when he was a presidential candidate of a political party to establish an independent anti-corruption statutory entity to make meaningful any real commitment to prevent and to fight corruption.”

The statement said “the President ensured that, in the face of strong opposition, the SP was able to have his way to have included in the Office of the Special Prosecutor (Operations) Regulations, 2018 (L.I. 2374), the prevention of corruption regulations, which to the best of my knowledge might be the first in Africa and met international standards and best practices.”

Quoting the SP, the President said Mr. Amidu in a letter stated categorically that he had remained in office as the SP because of his “personal respect for the President’s shared commitment with me to fight corruption.”

“It is, therefore, surprising that you will now make the untenable claim that your resignation is as a result of the President’s alleged interference in your work,” the statement noted, and wondered why a personality like Mr. Amidu would claim that he was “convinced beyond reasonable doubt that H.E the President had a mistaken belief that he would hold office as his poodle.”

The statement pointed out that Amidu alluded to a request by the Chief of Staff, Akosua Frema Opare, pursuant to a directive by the President, for him to meet the President in the morning of October 21, 2020, “to discuss a report you had delivered to the President and which you had described as an analysis of the risk of corruption and anti-corruption assessment of the transaction documents for the Agyapa transaction.”

The statement said Mr. Amidu also described the report as being “in the nature of a compliance audit or an Inspector-General’s report” and added that “the 13-page document you delivered to the President was in fact not the actual report but a summary which also included information about other investigations.”

The Secretary to the President described as perplexing Amidu’s accusation of interference with his functions simply on account of the meeting with the President, and said Mr. Amidu, in exercising his power under Act 959 had voluntarily proceeded to produce the Agyapa report which the President had no hand in and without prompting from any quarter within the Executive.

The statement said that the former SP delivered a letter purporting to be a copy of his report to the President, in which he expressed the wish that “the report will be used to improve current and future legislative and executive actions to make corruption and corruption-related offences very high risk enterprises in Ghana.”

“It is baffling that you would present a summary report of work, not commissioned by the President or a member of the Executive, to him and expect him not to act on the report, particularly in light of the clear expression by your good self that the report was supposed to guide future executive actions.

“It should be noted that Article 58(1) of the constitution vests executive authority in the President,” the statement asserted.

“The President was thus under a constitutional injunction to take further action and make further enquiries of you in relation to the work you had purportedly carried out and which concerned the exercise of executive discretion. The President’s meeting with you on October 21, 2020 was and should have been understood by you in this spirit,” the statement explained.

The statement revealed that Mr. Amidu, at the meeting of October 21, 2020, conceded that he did not give opportunity to any appointees of the President to be heard on the corruption risk assessment of the Agyapa deal.

The statement said since fidelity to the principles of fairness was a basic tenet of administrative justice, a request to comply with the rules of natural justice and fair hearing by the President could not be used as a basis to allege interference “consequent upon which you would resign.”

According to the statement, without compulsion, Amidu agreed to the President’s request to offer the public officers affected by his work an opportunity to comment on what he now strangely characterizes in his letter as “serious corruption and corruption-related offences.”

“It was pursuant to the clear concession on the need to give the public officers, whose conduct had been impugned by your report, an opportunity to be heard on the matter that the President requested comments from the Ministry of Finance.”

“The assertion by you that you reluctantly agreed is neither borne out of facts nor what actually transpired at the meeting between you and the President on October 21, 2020,” the statement indicated.

“At the meeting of November 1, 2020, Bediatuo said the President duly delivered to Amidu the response of the Ministry of Finance to the allegations contained in the Agyapa Report.”

“But in a rather dramatic turnaround, he refused to accept the comments of the Ministry of Finance, a situation he described as most disturbing, especially in light of Amidu’s statement at paragraph 33 of his letter to the President dated October 16, 2020, that his report “was in the nature of a compliance audit or an Inspector General’s report which needed to be taken seriously…”

“It is baffling that you will purport to prepare a compliance audit and yet deny the subjects of the audit a hearing. It is also noteworthy that on November 2, 2020, you released the actual 64-page “Agyapa Report”, which the President had hitherto no knowledge of, to the public,” the statement noted.