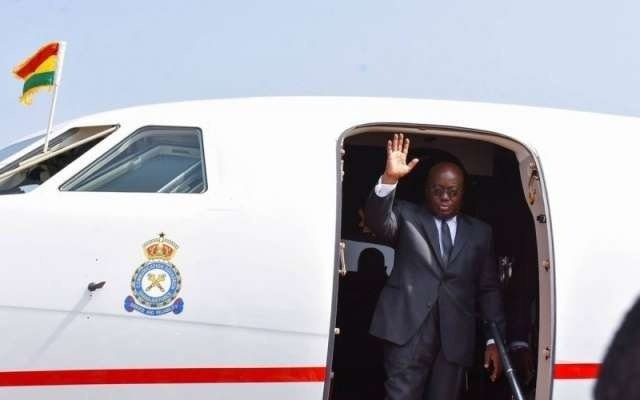 It forms part of an official visit to that country at the invitation of the German
Chancellor, Angela Merkel, with the aim of the visit being to deepen the ties of co-operation and the bonds of friendship amongst the two countries.

At a briefing at the Jubilee House (presidency) Director of Communications, Eugene Arhin, indicated that as part of his itinerary, President Akufo-Addo and the German Minister-President of North Rhine-Westphalia and doubles as the leader of the Christian Democratic Union (political party) of Germany, Armin Laschet, will deliver a speech at the 75th Anniversary of the formation of North Rhine-Westphalia, the country’s most populous state and her number one industrial region.

He will also deliver a speech in Bonn at the opening of the North Rhine-Westphalia Academy of International Politics.

The President also expected to hold meetings with the manufacturers of
the BioNTech/Pfizer vaccine for Covid-19, with areas of discussion focussing on the procurement of Covid-19 vaccines for the country, and the establishment of a National Vaccine Institute in Ghana.

President Akufo-Addo will later address a meeting of the German Investor Community; before going to Berlin to participate in the G20 Compact Initiative programme, whose aim is to promote private investment in Africa, including in infrastructure.

He is expected back home in Ghana on Saturday, 28th August.