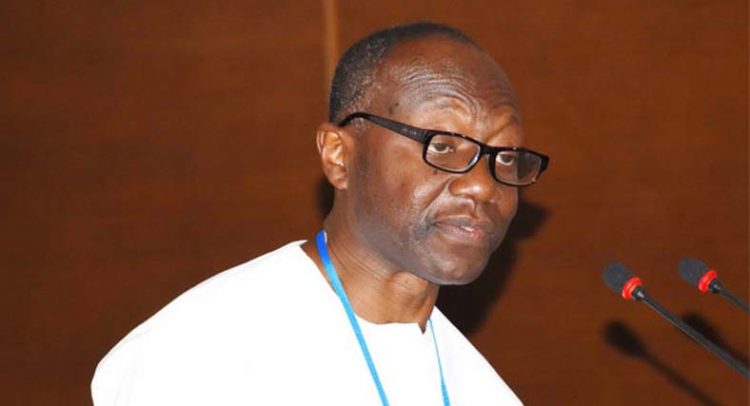 The Akufo-Addo administration is coming out with another novelty called ‘Obaatan Pa’, which literally means Good Mother, to empower ordinary Ghanaians financially in the wake of the Covid-19 pandemic.

Finance Minister Ken Ofori-Atta, presenting the Mid-Year Budget Review in Parliament yesterday, said President Akufo-Addo would launch the scheme in the coming weeks and described it as “an ambitious and unprecedented three and half years programme called Ghana CARES, ‘Obaatan Pa’ which will anchor the comprehensive transformation of our society.”

“We wish to take this opportunity to announce to the people of Ghana that their President and his team have done a lot of thinking since March. We have brainstormed over the crisis (Covid-19) with the view of using the challenges it presents rather as an opportunity to transform Ghana and for all Ghanaians. I am happy to announce that in the coming weeks, the President will launch a GH¢100 billion development programme,” he said.

Additionally, the minister announced the extension of free water for all and electricity to some segments of the economy until October 2020, as earlier directed by the President in April when there was a partial lockdown as part of the measures to stem the spread of the pandemic.

The minister did not waste time throwing jabs at the political opponent of the New Patriotic Party (NPP), the National Democratic Congress (NDC) that wants to wrest power from them in the December general election, insisting that the Akufo-Addo administration has managed the economy better than the previous Mahama-led NDC administration.

“It took courage and care for President Akufo-Addo to do what no other government has been able to do before, which is a net reduction of electricity tariffs by 11 per cent since 2017. Such is the higher level of care that today, after nearly four years in office, electricity prices for Ghanaians, households and businesses all included, remain cheaper in both nominal and real terms than what they were before 2017,” he indicated.

“Mr. Speaker, the reason is simple. It is because we put the concerns and aspirations of the ordinary Ghanaian first. That is also why we further reduced electricity prices by half and completely provided potable water for free for everybody since March this year. And we will extend it for another three months,” he added.

To break it down, the minister said, “It takes a caring government of the people, and with that, I mean, a government of all the people, to offer cost-free water to all across the country, representing all domestic and commercial customers in Ghana for three months,” adding “it takes a caring government to be for the people and for business, large and small, to choose to subsidize electricity consumption by 50 per cent to 4 million (4,086,286) households and nearly 700,000 (686,522) businesses at a cost of GH¢1.02 billion in three months. And we will extend the coverage for lifeline customers for another three months.”

He also said that “it takes a caring government to hear the distress of business and respond with support to small and medium businesses to the tune of GH¢600 million in order to help them survive and thrive in these uncertain times. The CAPBuSS will be increased by GH¢100 million to help many more MSMEs, including GH¢30 million for the creative arts industry and the media.”

The minister said they had established a Guarantee Scheme of up to GH¢2.0 billion to enable businesses to borrow from banks at more affordable rates and at longer tenor to save their business and retain jobs, adding “it takes a caring government to provide seed funding to set up Retraining & Skills Improvement Programme in partnership with Labour, Employers, and Faith-Based Organizations.”

He indicated that the seed fund would help workers who are laid off to either improve their skills or acquire new skills to improve their chances of finding new employment or set up their own business.

He said they had partnered with Labour and Employers to initiate an unemployment insurance scheme to provide temporary income support to workers when they lose their jobs, adding “it takes a caring government and its central bank to create an environment for the banks to provide GH¢7 billion to help their clients through loan restructurings, interest rate reductions and granting of new facilities and offering moratoriums on debt servicing. Going forward, government and BoG will work with the banks to extend some of these reliefs.”

He said “this caring government provided over 2.74 million cooked and dry food packs to the poor and vulnerable persons in Accra and Kumasi during the three-week lockdown, (1,827,581 and 917,142, respectively),” adding “today, government has paid GH¢75.4 million as full cost cover for WASSCE examination fees for all 313,837 SHS 3 students. This is a caring government.”

The minister said that the government “with urgency and military precision, managed to fund and provide the logistical support to supply 5.2 million reusable face masks, 64,700 Veronica buckets, and accompanying sanitizers to all final year students at tertiary, senior and junior high school levels in Ghana to return to school and sit for their examinations.”

He said the government saw it as necessary to show support and appreciation to the 137,000 health workers with reliefs valued at GH¢320 million and provide insurance cover for them at the value of GH¢10.3 million.

He said that to protect the public purse and advance good economic governance, “we set out to fully implement the provisions of the PFM Act 2016 (Act 921), including passage of the PFM Regulations 2019, L.I. 2378 to further strengthen cash management, budget execution and budget monitoring,” adding “consequently we have for the first time in the history of our budget management, consistently published Budget Implementation reports, Medium Term Debt Strategies, Issuance calendars as well as Annual Debt reports.”

“Never in the history of our Public Financial Management have we seen this degree of openness, transparency and accountability in the management of our public finance. This has enabled citizens to hold this government more accountable than any other in our country.”

The Finance Minister said that progress had been made in the implementation of these flagship programmes with significant achievements in the Free Senior High School (FSHS), Planting for Food and Jobs (PFJ), One District One Factory (1D1F), Infrastructure for Poverty Eradication Programme (IPEP), and Nation Builders’ Corps (NABCo), amongst others, adding, “These programmes have brought needed reliefs and impacted positively on the lives of all ordinary citizens.”

He said Free SHS had saved parents and guardians a cumulative total amount of GH¢3.2 billion since in 2017 and that is money in their pockets and investment in their future, saying “this intervention has sustained the schooling of 1,199,750 students to date, a marked increase from the 813,443 students enrolled in 2016/2017 academic.”

He said in providing equal opportunity for foundational education, through school feeding, the government has invested GH¢1,310.92 million since 2017 as compared to the GH¢925.56million in the three years prior to 2017.

He said they expanded LEAP to reach 334,084 households as of June, 2020, representing an increase of 56.8 per cent in beneficiaries since 2016 and added that they have through the policy successfully enrolled 73 per cent of its beneficiaries onto the NHIS for free, adding “we have invested GH¢464.38 million since 2017 to increase access to services and opportunities among the extremely poor and vulnerable.”

The minister said that the restoration of allowances for trainees has brought relief valued at GH¢994.23 million to 50,825 and 48,000 nurses and teacher trainees respectively…, adding that “an additional GH¢57 million had been released for 48,200 nursing trainees at the end-June 2020.”

“To support our youth, 97,373 graduates have been employed in key sectors of the economy under NABCo programme since May 2018. We have subsequently retained them by spending over GH¢1.6 billion and that is money in their respective pockets, but more importantly the build-up of dignity and training for future job.”

He said the Planting for Food and Jobs initiative has saved 1.9 million Ghanaian farmers in excess of GH¢1.8 billion over the past three and half years through subsidized fertilizer and other inputs and said a major outcome of our intervention in the agricultural sector has been the dramatic improvements in food security leading to increased exports of food items to neighbouring countries from 85,000 MT to 133,145 MT between 2017 and 2019.

“Mr. Speaker, we have proven over and over again that we are better managers of the Ghanaian economy. Together, we took Ghana out of HIPC and placed it amongst Lower Middle Income Countries within a decade. Together, we recovered and revitalized a critically weakened economy, and today we can now attract renowned global automobile companies in just three years of returning into office. Together once again, we will optimize the opportunities presented by this pandemic and build a sustainable future for Ghanaians. In the now famous words of President Akufo-Addo – “we know how to bring the economy back to life.”