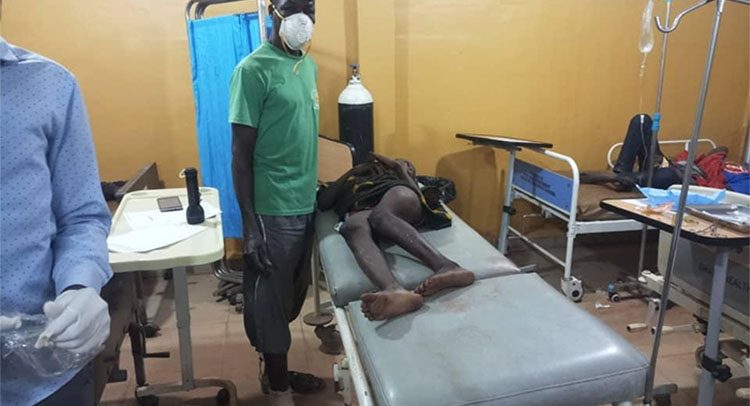 Eleven passengers have died while 21 others are in critical condition following a gory car crash at Nasia in the North East Region.

DAILY GUIDE gathered that a six-month-old baby and her mother are among the passengers who were killed in the fatal crash.

One Ibrahim Tanko, 38, the driver of the bus however, survived, but information indicates that both legs have been broken.

Some of the survivors that sustained serious injuries are said to be in critical condition at either Walewale Government Hospital or sent to the Tamale Teaching Hospital.

Reports indicated that a Bawku bound bus which was traveling from Kumasi in the Ashanti Region to the Upper East Region and upon reaching Nasia, crashed into a metal barricade erected to protect the bridge on the Nasia River.

Walewale Divisional Police Commander, Chief Supt. Samuel Yeboah, who confirmed the deadly accident, said the bodies of 10 passengers have been deposited in the morgue.

“Five bodies have been deposited in Walewale Government Hospital and six taken to Tamale Teaching Hospital,” he clarified, but added that another body was still trapped in the wreckage while 14 passengers have been treated and discharged.

He said investigations to ascertain the actual cause of the accident was ongoing, but said they suspect the driver was either sleeping or speeding because their checks are showing that there was no other vehicle involved at the time of the crash.