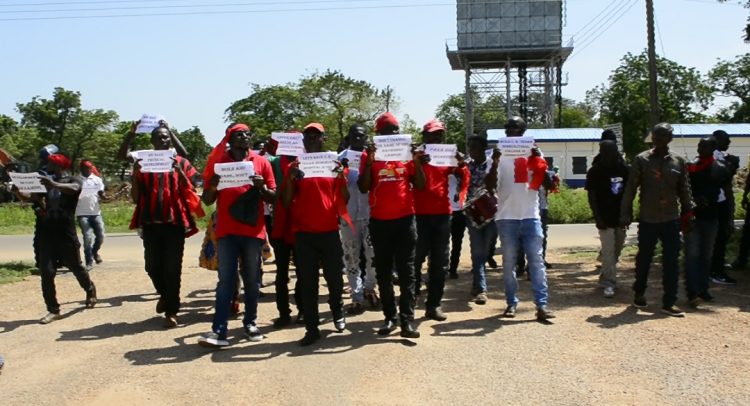 The people of Navrongo in the Kassena-Nankana Municipality seem to have accepted that the Navrongo campus of the University for Development Studies should be named after the late C.K. Tedam

In June this year, President Nana Akufo-Addo announced the Navrongo Campus should be named after the late Chairman of the NPP Council of Elders.

But on Friday October 18, a group calling itself Concerned Citizens for Development staged a demonstration, hoping to get the people of the Kassena-Nankana Municipality to support their intention to get the President to rescind his decision of renaming the UDS in Navrongo as the C.K Tedam University of Technology and Applied Sciences.

Unfortunately for the group, throughout the demonstration period, apart from the few organizers and members of a small brass band and their friends, no other person joined the demonstration, sending a signal that the people of Navrongo and the entire Kassena-Nankana Municipality do not see these organizers as a group fighting for the development of the area, but their personal gains.

The demonstrators with a brass band went through some streets in Navrongo and yet could not attract people to join the demonstration.