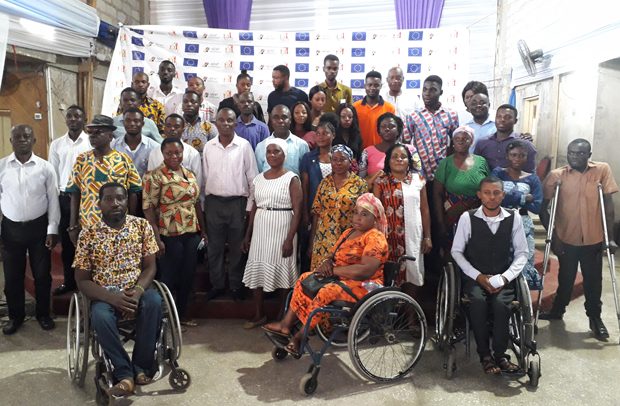 A group of participants at the community durbar

The Accra Metro Director of the National Commission for Civic Education (NCCE), Ebenezer Tetteh-Wayo, has called on the public to show what he calls ‘zero tolerance’ for corruption by taking advantage of the Whistle Blowers Act 2006(Act 720) to report suspicious activities of corruption to anti-graft bodies.

He explained that the Act has the necessary protection and compensation to persons who risk their lives to expose acts of corruption which are known to account for some $3 billion losses annually as reported by the Commission on Human Rights and Administrative Justice (CHRAJ).

Mr. Tetteh-Wayo who was interacting with stakeholders at a community durbar in Accra on the Whistle Blowers Act on Wednesday defined ‘Act of Corruption’ to include mismanagement, misappropriation of public funds and miscarriage of justice that may lead to loss of revenue to the state.

He mentioned some privileges under the Act to include protection against civil and criminal action, police protection, legal assistance as well as an entitlement to fund set up to compensate whistle blowers.

“If you report under this Act and what is being reported turns out to be true, this Act will ask the fund to give you some money. And also, if you are able to report a case which leads to the retrieval of money, you are entitled to 10% of that money,” he said.

He appealed to law enforcement agencies to help protect the identity of whistle blowers as a way of boosting public confidence in anti-graft agencies.

Also present at the durbar was the Social Development Officer of the Department of Social Welfare and Community Development (DSWCD), Ida Kusi Dery, who appealed to stakeholders to play their respective roles in ensuring that children within the communities are shielded from the vices within our societies.

This she said could be done effectively through the communal upbringing of children where adults have a shared responsibility of nurturing children in various societies.

“We need to nurture our children in such a way that when they grow up they will be honest in their dealings and will not engage in acts of corruption,” she said

Mrs. Dery who works at the Okai Koi South Sub Metro office of DSWCD also advised parents to pay more attention to the security of their children by ensuring that no child is left alone outside the home.