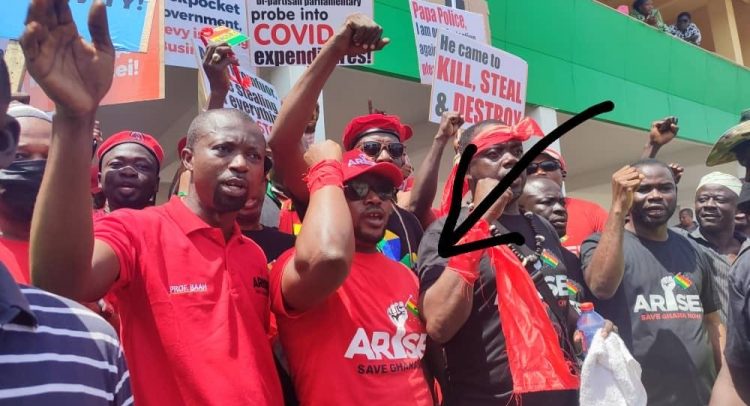 Some recalcitrant demonstrators of the opposition National Democratic Congress who joined the “Arise Ghana Demo” on Tuesday at Obra Sport, Accra turned it into a chaotic scene as several people were injured with police firing tear gas over unapproved routes.

This follows a misunderstanding between the organizers of the demo led by Sammy Gyamfi and the Police over unapproved routes they wanted to embark on to present a petition to the President.

The Police personnel fired tear gas at the agitated protestors during the demonstration when they were pelting stones at the police. 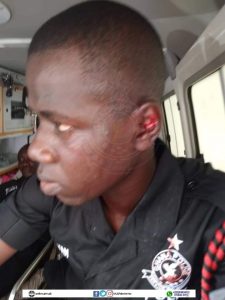 Earlier in the day, there was a standoff between the police and protestors over the approved route for the protest.

The organizers of the protest resolved to occupy the precincts of the Kwame Nkrumah Circle fountain over the disagreements with the Police.

The police had been insisting on enforcing the orders of the court for the protestors to move through Farisco through TUC to Independence Square.

But the demonstrators had wanted to march toward the Ako Adjei Interchange and stop at the Jubilee House.

In the process to force their way out, the police formed a large human barricade under the Interchange which the protestors resisted and pelted stones at them.

To maintain law and order, the Police showered them with hot water and tear gas to disperse the agitated crowd descending on them with stones and sharp objects.

As a result of that, some of the police officers were injured as well as some of the demonstrators who reportedly collapsed at the scene.

The protestors managed to damage some of the vehicles brought to the scene by the Police. 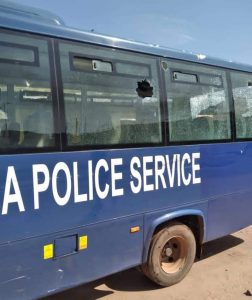 Meanwhile, about five suspects of have been arrested by Police.

The demonstration was attended by the leaders of the opposition National Democratic Congress led by the party Chairman, Ofosu Ampofo and the General Secretary, Johnson Aseidu Nketia among others.