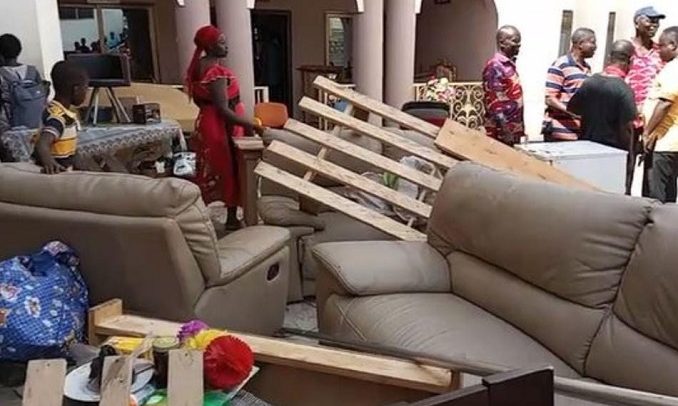 About 20 armed Police officers on Tuesday dawn stormed the headquarters of Saviour Church of Ghana at Akyem Osiem in the Abuakwa North Municipality of the Eastern Region in the absence of the General Superintendent to ransack the premises.

It’s not clear as to what led to the operation but sources said it was carried by a court order.

The officers allegedly broke into his room and throw out the belongings of Opanyin Abraham Adusei who had traveled to Afram Plains to visit his commercial farms as he left other occupants in the house. 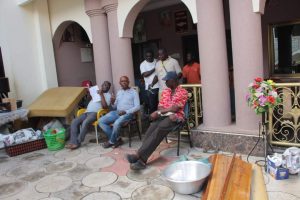 According to reports, the armed men invaded the house and ransacked the rooms, and threw away some movable items from the room.

The occupants alleged that the team took away some unspecified amounts of money and other items.

The incident attracted members of Saviour Church who thronged the scene.

The atmosphere became volatile as the mob increased in numbers amidst agitation against the police.

In other to ensure peace and cool tempers, another team of armed Police reportedly drawn from the Regional Headquarters and Tafo District Police Command rushed to the church premises to drive them off.

The tension is still high at the headquarters of Saviour Church as many members of the church from other places continue to troop in at the time of filing this report.