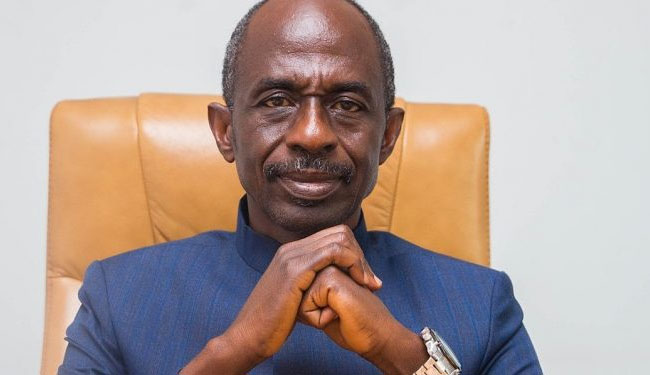 The opposition National Democratic Congress (NDC) has petitioned the Inspector General of Police (IGP) to investigate the party’s allegation that the Electoral Commission printed an excess of a million ballot papers for the Ashanti Region during the 2020 general election.

The NDC petition comes on the heels of the EC’s request to the police to probe the allegation by former President John Mahama during one of his ‘thank you’ tours across the country.

Following the allegation, it would be recalled the EC hosted one of their ‘Let the citizens know’ series to not only debunk the claim but to ask the police to wade into it.

In a letter signed by NDC General Secretary Johnson Asiedu Nketia to the IGP, the party is demanding the police to “institute criminal investigations into and prosecute persons culpable in the illegal printing of over one million excess Presidential ballots meant for the Ashanti Region at Innolink Printing Press, one of the seven security printing firms contracted by the Electoral Commission to print election materials for the 2020 Presidential and Parliamentary elections.”

Supporting their petition, the party narrated that as part of the electoral process the EC invites agents of various political parties to monitor the printing of ballot papers at the designated printing houses where the ballot papers and other election materials are printed. This, the party explained, ensures that no excess ballots are printed.

According to the petition, “for the 2020 elections, the EC failed to provide the statistics to the NDC before the commencement of the printing exercise.”

The NDC claimed however, that the General Secretary of the ruling New Patriotic Party (NPP) confirmed receipt of the ballot statistics.

Turning to the waste or damaged ballot materials, the petition pointed out that “these are shredded and destroyed in incinerators under the supervision of EC officials and security agents in the presence of political party agents.”

Following this process, the party stated certificates of disposal are issued and signed by all parties in confirmation of the process.

On November 20, 2020, however, the waste materials for Innolink Printing Press were destroyed under the supervision of the EC and security agents in the presence of party agents who duly signed the certificate of disposal, the petition stated.

The petition noted, a similar process took place on November 25, 2020, adding that by this date all waste materials had been destroyed.

Continuing, the NDC claimed that “when the printed ballots at Innolink were transported to Ashanti Region on November 22, 2020, it was discovered that there was a problem with the ballots at Afigya Kwabre South Constituency and therefore, the ballot booklets were returned for reprinting.”

Their agents, when they returned to observe the reprinting, the NDC claimed, “discovered to their dismay, boxes of ballot papers concealed in one of the offices.”

When their agents raised alarm and caused the boxes to be opened they noticed that they contained presidential ballot papers for Ashanti Region which were over one million in quantity, the NDC claimed.

The NDC agents, the petition went on, filmed their discovery and when they confronted supervisors of Innolink “they gave all manner of incoherent answers,” adding one supervisor told them that “it was a back up while another, the lady in charge of the bindery claimed they were meant for run off.”

EC officials on the other hand denied knowledge of the development, the NDC added.

According to the NDC, “our agents insisted that the ballots should be destroyed forthwith. They ensured that all the ballots which were estimated at over one million were shredded and scheduled for destruction.”

Agents of other political parties, the petition pointed out, were not available to observe for the November 26 process.

Continuing, the NDC stated that “the ballots were destroyed at Old Fadama on November 27, 2020 in the presence of officers of the Ghana Police Service, National Investigation Bureau, Innolink, our party agents and the media.”

The NDC claimed that they had cause to believe that the excess ballots were sent to the Ashanti Region before they made the discovery and the arrest of persons in Manso Nkwanta and Asawase with ballot papers.

The foregone, the NDC maintains, constitute the reasons why officials of the Electoral Commission and Innolink must be investigated and prosecuted.

A pendrive containing videos of the excess ballots, photographs, certificates of disposal of waste ballot papers, video reports from Joy News, UTV and TV3 on the destruction, according to the petition, are attached for the attention of the IGP.

Even before the IGP could even peruse the petition, Former President John Mahama who started the claims has been questioning the integrity of the police and preferring rather the ECOWAS to undertake the investigation.

Questions are being asked as to why this late discovery of the foregone and why they could not even raise such a serious issue when they sent their petition to the Supreme Court.

The EC has already taken its time to debunk the NDC’s claims and even invited the police to look into the allegation before the NDC sent their petition.