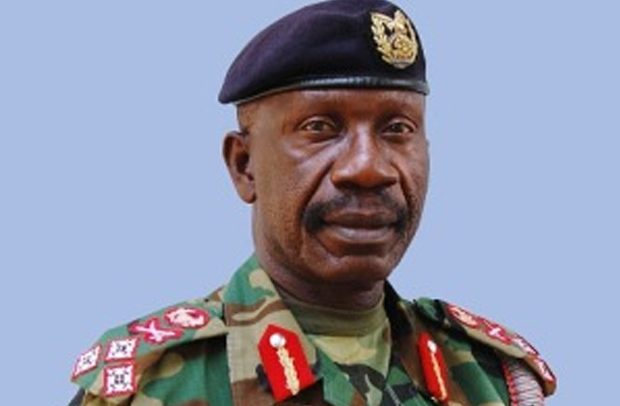 The opposition National Democratic Congress (NDC) has disagreed that the appointment of retired Lt. Gen. P.A. Blay as a member of the campaign team of the party is the first time a former Chief of The Defence Staff (CDS) is playing such a role in a political party as “misconstrued by a section of the media.”

A statement authored by the party’s Director of Communications, Kakra Essamuah, explained that “this is not the first time a retired CDS or other retired senior military officers have offered their services to political parties of their choice during their respective campaigns to secure the mandate of the people of Ghana to rule the country.”

Continuing, he recalled that “in the first speech of President Nana Addo Dankwa Akufo-Addo, acknowledging the victory of himself and his party in the 2016 elections, he specifically mentioned the name of retired Lt. General J. B. Danquah, who was at one time the CDS, and thanked him warmly for the advice he provided during the 2016 election campaign.”

Like the present NDC arrangement, he went on, “General JB Danquah offered strategic advice to the then candidate Nana Addo Dankwa Akufo-Addo. That is not all. In 1998, the campaign manager of the unsuccessful campaign of the then candidate Nana Addo Dankwa Akufo-Addo to secure the nomination of his party for the 2000 presidential elections was Brigadier General Nunoo Mensah, also a former CDS of the Ghana Armed Forces.”

“The appointment of retired Lt. General Blay as Ghana’s Ambassador to Cote d’Ivoire after he had served his term as CDS, was neither a reward for any service uniquely rendered to the President who so appointed him, nor an appointment that was unprecedented in the Fourth Republic,” the NDC stated. Major General Adu Amanfo, he pulled another example, “Served during the Kufuor regime as Ghana’s Ambassador to Liberia and is currently the country’s Ambassador to Mali. That was an appointment that the retired General was entitled to accept in his personal capacity; first, as a retired senior officer, and second, as a citizen of Ghana.”

Retired Major General Richardson Baiden was a member of the Council of State under the Kufuor regime, the NDC pointed at another instance.

It is to be hoped that these few examples, the statement concluded, “Would afford the media information that would prevent unnecessary casting of aspersions against Ghanaian citizens exercising their rights to serve their nation in other roles for which they were suitably qualified.”