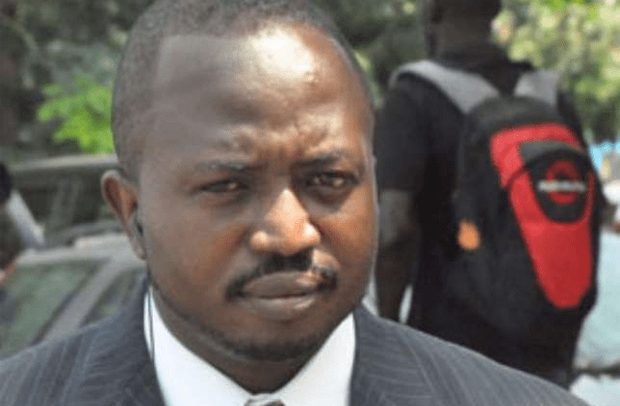 NDC announced the suspension of Mr Atubiga in a statement signed by its General Secretary, Johnson Asiedu Nketiah.

In the statement dated March 23, 2021, NDC indicated that at its meeting on Thursday, March 18, 2021, its Functional Executive Committee (FEC) reviewed on Mr Atubiga’s conduct pursuant to the profuse apologies and pledges he made to be of good conduct for a period of six months following his meeting with FEC on February 24, 2021.

It said Mr Atubiga was summoned by FEC in respect of news attributed to him headlined: “Only useless politicians retire poor.”

In the said publication, the statement claimed he made disparaging and unfair comments about key senior party members including Joshua Alabi, a 2020 presidential hopeful of the NDC. 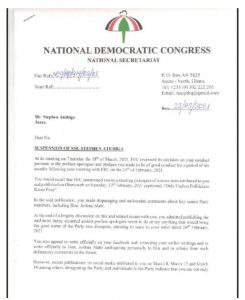 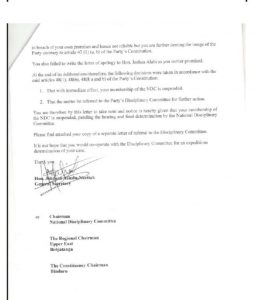