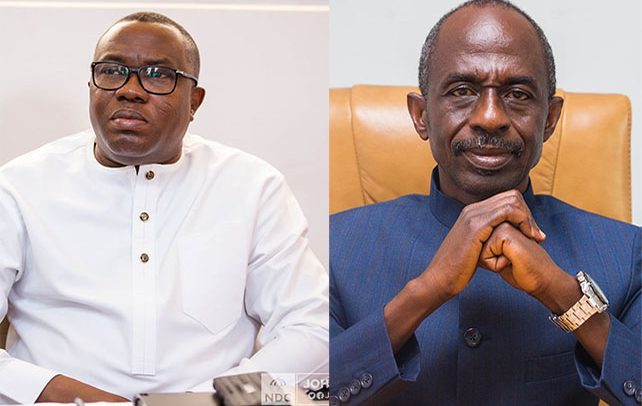 THE GENERAL Secretary of the opposition National Democratic Congress (NDC), Johnson Asiedu Nketia, appears to have his tightly laced boots on to snatch the National Chairmanship position from the incumbent, Samuel Ofosu Ampofo, as he fires his critics.

According to him, the NDC National Chairman position is not the bonafide property of any individual, likewise the General Secretary position.

He added that he has every right to contest for any position in the party, and nobody can stop him when the time is due.

In an interview on Neat FM yesterday, Asiedu Nketia said, “Let me reiterate that l shall not seek re-election as General Secretary of the NDC when the party opens nomination. I have served in that capacity for 17 years running, and like every politician, l aspire to climb the ladder higher.”

In order to confirm his intention to unseat the current chairman, he categorically stated that, “lndeed, l qualify to be the National Chairman of my party, same way l can contest as a Presidential Candidate or lobby for a Running-Mate position. These are all positions l can go in for.”

The NDC chief scribe, however, expressed worry about the declaration of intent by some national officer hopefuls even before the party officially opens nomination, saying, “For instance, I have heard newspaper reports where Chairman Ofosu-Ampofo is alleged to have said that he will defeat me should l contest him for the National Chairman position. You see, because the party has not officially opened nomination, l will decline comment.”

“Let me however hasten to state to the hearing of those who say l want to snatch someone’s position [Chairman], and that l should be in my lane, that the NDC National Chairman position is not the bonafide property of any individual, likewise the General Secretary position. I have the right to contest for any position in the party, and nobody can stop me when the time is due.”

“Look, if you want every national officer to remain at his current position, then there is equally a need for President Akufo-Addo to remain at his position. There will be no need to ask Ghanaians to vote against him,” he averred.

Meanwhile, the NDC is scheduled to go to congress and elect National Executives on December 17, 2022.