New Appointments In The Military 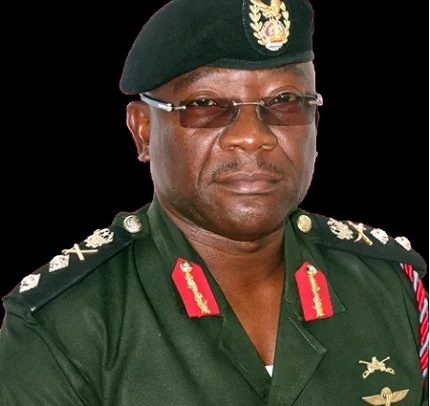 Until the new appointments, the new Army Commander was the Chief of Staff at the General Headquarters of the Ghana Armed Forces. Maj. Gen Oppong-Peprah’s appointment takes effect from 18th February 2020.

The appointments which are contained in a press release signed by the Communications Director at the Jubilee House, Eugene Arhin, announced the appointment of Commodore Issah Adams Yakubu as Chief of Staff with the rank of Rear Admiral with effect from Wednesday, 19th February 2020.

Retired from the Ghana Armed Forces following the completion of the tour of duty is Maj. Gen Omane Agyekum, the Commandant of the Military Academy and Training Schools (MATS). Upon the recommendation of the Armed Forces Council, Brig Gen C.K. Awity has been appointed the new Commandant of MATS effective Wednesday, 19th February 2020.

He is also promoted to the rank of Maj. Gen on the same date.

President Akufo-Addo has expressed gratitude to Generals Ayamdo and Agyekum for their dedicated and meritorious services to the Ghana Armed Forces and the nation.