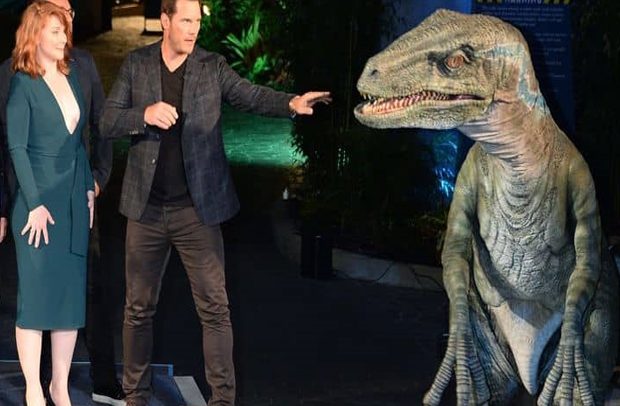 Filming on the upcoming Jurassic World movie has been suspended for two weeks after an outbreak of Covid-19 on set, the film’s director has said.

“All tested negative shortly after, but due to our safety protocols we’re going to pause for two weeks. Back soon.”

It comes a day after the film’s production studio, Universal Pictures, announced the film’s release date was being pushed back to June 2022.

Mr. Trevorrow did not say who had tested positive for the disease, or whether it had affected members of cast or crew.

The film, whose stars include franchise regulars Chris Pratt and Bryce Dallas Howard, halted filming in mid-March because of the pandemic, before resuming in England in July.

Work started again under strict protocols to contain the spread of the coronavirus.

Last month, production on another major Hollywood movie, ‘The Batman’, was shut down for two weeks after a person, reported to be star Robert Pattinson, tested positive for Covid-19.

Movie studios have been reshuffling dates and postponing film releases as the industry tries to recover from the global shutdown of cinemas in March.

The upcoming James Bond film, ‘No Time To Die’, which was originally due in cinemas in April, then November, has been pushed back to April 2021, “in order to be seen by a worldwide theatrical audience,” producers said on Saturday.

On Monday, Cineworld announced it was closing its UK and US cinemas because of continuing disruption from the pandemic, jeopardising 45,000 workers, almost 6,000 of them in the UK.