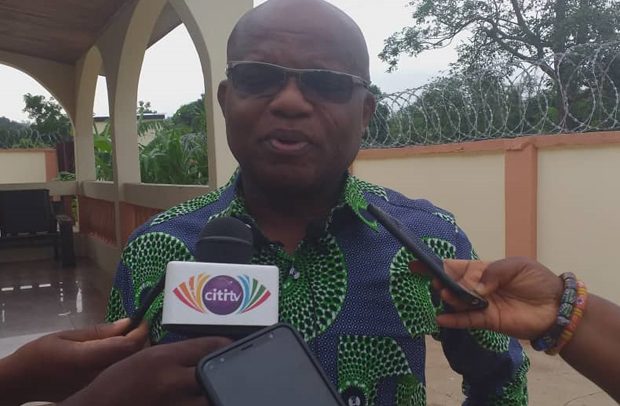 The six newly created regions in the country have been charged to do things differently and excel where others have struggled.

The Head of Local Government Service, Nana Ato Arthur made the call in Jasikan when he interacted with journalists on the side-lines of the president’s tour of the Oti Region.

He said the new regions are in a good position to do well, particularly when the government, led by the President Nana Akufo-Addo is committed to resourcing and supporting them to grow.

“Oti is ready. The new regions have taken off. They have been ready a long time and work has already started,” he noted. He added that “They will do well. We will make sure of that. That is why the mother regions like Volta have been asked to guide the new ones like Oti to do better.”

To this end, about 2200 personnel have been recruited by the Local Government Service to augment the old regions and ensure the new regions are well staffed. Aside that key staff, thus the Regional Coordinating Directors, Budget Officers, Planning Officers, Finance Directors, Public Relations Officers have been recruited to hit the ground running.

Nana Ato Arthur who is also a renowned engineer noted that as part of measures to improve the operations of the local assemblies and the Regional Coordinating Councils, a performance contract has been signed between them (Assemblies and RCCs) and the Local Government Service.

This is to check absenteeism, lateness and ensure the public for whose sake the assemblies and RCCs exist are better served and their time and resources not wasted.

These and the many more initiatives implemented are to be replicated by the new regions to ensure the start on a better note than their mother regions. They are to also develop and comprehensive environmental health and sanitation projects to ensure good health and improve productivity among residents.

More so, the new regions were urged to do well to properly develop a revenue mobilisation plan that gives the assembly more funds, since relying on the common fund alone will not bring all the development the people need.

He said things like property rates, taxes and other creative revenue mobilisation measures should make assemblies financially sound, especially when the funds are being properly managed.

The President today, began a two-day tour of the Oti Region, His first stop is the Jasikan District where a grand durbar has been held at Bodada in the Buem Traditional Area.

He will be interacting with Chiefs and People of Jasikan, Biakoye, Kadjebi and SALL (Santrokofi, Apkafu, Likpe Lolobi).

He is expected to cut sod for the reconstruction of the Hohoe-Jasikan-Dodi Pepesu portion of the Eastern corridor road.