New Voters’ Roll In The Making 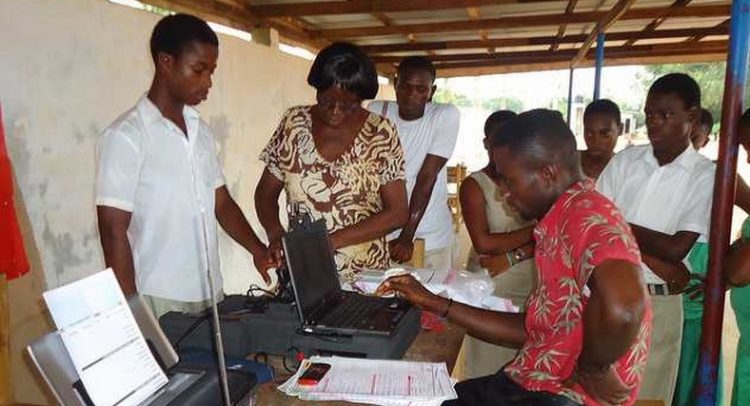 Ghanaians will today march to various destinations to register as voters in December and in the future.

For the first time in many years, Ghana is about to get a genuine voters’ register.

It has been the culmination of a long journey to this milestone full of political twists and turns and intrigues.

The Electoral Commission (EC), its Chairperson in particular, has exhibited outstanding stoicism in the face of unrivalled antagonism by the National Democratic Congress (NDC) to stop it from undertaking its constitutionally mandated duties.

We have observed also the unfortunate involvement of the former President, the flag bearer of the NDC, in the scheme of mudslinging in a bid to deny the EC the deference it requires to be efficient.

Wild allegations, of course, unsubstantiated, the height of which was contained in the NDC General Secretary’s charges against the EC and the President.

We, as other Ghanaians, were at our wits end as to how people can be so reckless in the manner they hurl mud at their compatriots just because they do not have their way about electoral issues.

The compilation of a new voters’ register has indeed activated all the strategies from the NDC playbook, all to no avail as the decision of the EC, an independent body, has finally prevailed.

The need for a new voters’ register did not arise recently but even when Charlotte Osei was at the helm. She was averse to the need and so did all she could to block it. The NDC then in power did not even have to sweat to have its way because a flawed roll impugned positively on the fate of the party.

If under Charlotte the President was able to interfere in the work of the EC, so is not the case today.

The perseverance and decision of the EC Chairperson to work for God and country are factors which have brought us this far.

The idea was to hound her out of the new voters’ register project, a necessary task considering the myriads of challenges, such as the many fictitious entries in the existing register and the need to update our voters’ management system.

Yesterday, the EC Chairperson spoke to the nation, a necessary address which most Ghanaians paid attention to. Even the NDC listened to her, even though we expect it to misinform those who could not listen to Jean’s address.

The month-long exercise which we are embarking upon today constitutes the backbone of a credible election; hence its significance in the democratic process.

We wish to call upon the security agents to deal ruthlessly with troublemakers regardless of who they are.

A Leader Constantly Thinks About Accountability