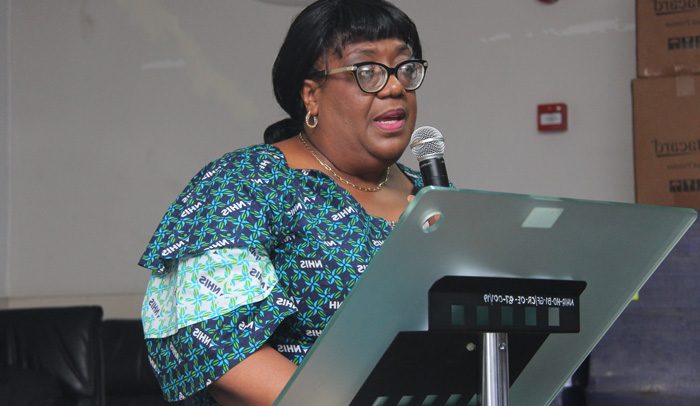 Active subscribers of the National Health Insurance Authority (NHIA) have exceeded the 12 million mark set by the authority.

This represents a significant increase from the 2017 figure of 10.58 million people.

The acting Chief Executive Officer of NHIA, Dr. Lydia Dsane-Selby, addressing the press at the first anniversary of the National Health Insurance Scheme (NHIS) Mobile Membership Renewal and Authentication Project, said the increase was due to the introduction of the technology.

“The spectacular increase in active membership has been possible as a result of the introduction of the NHIS mobile renewal service platform, a fully homegrown game-changing innovation,” she said.

Dr.  Dsane-Selby said since the portal was launched, over 5 million subscribers had used the tool to renew their cards in the comfort of their homes.

“The scheme has become more attractive to the extent that members who left are returning thus increasing the number of persons being covered in line with the universal health coverage vision of government,” she stated.

The acting CEO said despite the numerous benefits of the technology to the NHIA, subscribers and service providers, there were still almost 10 million people who are yet to activate their membership.

“This is where we need the support of the media to educate the public about the benefits of the service…encourage the public to enroll unto the scheme and help to be watchdogs of the public purse expenditure,” Dr.  Dsane-Selby stressed.

She also indicated that about 80 clinics in rural areas still do not have mobile network to access the portal. “We want to encourage the telecommunication companies to expand their services to these areas,” she said.

She also cautioned the public to be wary of potential fraudsters, adding that…they should never give their PIN numbers away.

The NHIA, in partnership with the International Labour Organization (ILO) Impact Insurance programme and funded by the AfD, launched the Mobile Membership Renewal and Authentication Project in December last year to digitize renewal process to allow renewals through the use of mobile phones.

The system, designed for providers to authenticate members’ validity and identification through non-biometric authentication, has seen membership of the scheme rising to 37 per cent of the Ghanaian population.