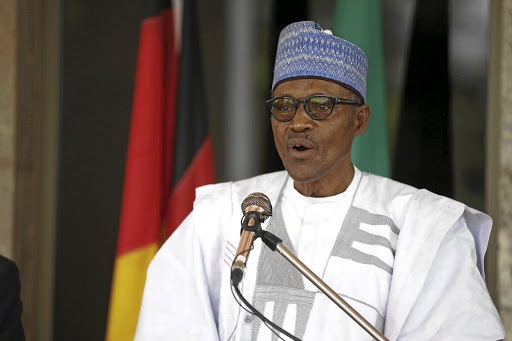 The Federal Republic of Nigeria has expressed profound anger over a CNN documentary that sought to confirm that indeed a massacre was perpetuated by the Nigerian army in Lagos on October 20, 2020.

The President Buhari Government has threatened to sanction CNN for broadcasting the documentary into the alleged Lekki Tollgate massacre in Lagos.

In the opinion of the Nigerian Government, the documentary is an “irresponsible journalism.”

Nigeria’s Minister for Information and Culture, Lai Mohammed, made the threat on behalf of the Government, on Thursday, November 19, 2020.

Addressing a press conference in Abuja, he claimed the alleged shooting on October 20, 2020 produced a “massacre without bodies.”

According to him, not a single body had been produced since the allegation of mass shooting was made.

Mr Mohammed pointed out that not one family has also come forward to show their member was killed during the protest.

He alleged that the CNN documentary primarily relied on social media videos.

He noted that CNN failed to verify its information to enable it produce a credible report.

Thus, he said, “this should earn CNN a serious sanction for irresponsible reporting.

An independent investigative report released by CNN confirmed that indeed the Nigerian Army shot into a thick crowd of innocent protesters at the Lekki Tollgate in Lagos, Nigeria.

At least 68 ‘peaceful’ protesters were alleged to have been shot and killed by personnel of the Nigerian army.

The President Buhari Government had earlier dismissed the alleged killings, with the President in his first live address after the alleged shooting incident, keeping mute on the alleged massacre but going all out to warn “so-called protesters.”

But a seemingly painstaking independent probe by CNN appears to have established the fact that indeed, a massacre was perpetuated by the Nigerian army on that fateful day.

CNN confirmed the massacre after analysing hours of video footages which showed some victims, protesters and witnesses giving their accounts of what happened on October 20, 2020.

Hundreds of peaceful protesters were said to have gathered at the Lekki Tollgate area after about two weeks of #EndSARS protests in demand for an end to police brutality in Nigeria.

But what started off as a peaceful protest allegedly ended up being a bloody one, with several Nigerians allegedly killed and injured as a result of gunshots wounds.

According to the 5-minutes-50-seconds CNN documentary, the Nigerian army personnel left their base located in the south Lagos area around 6:20am on October 20, 2020. At about 6:43am the same day, the army, as shown in the CNN documentary got to the protest centre and allegedly started firing at the protesters.

Some of the demonstrators were seen having fun and live-streaming the event when the army arrived and allegedly opened fire.

In the midst of the chaotic scene was DJ Switch, a Nigerian celebrity entertainer, CNN’s documentary revealed.

The documentary showed some protesters holding bullets believed to have been fired into the crowd by the Nigerian army.

CNN confirmed that some of the bullets were from live casings and that the Nigerian army used live rounds at the peaceful protests.

CNN stated that the live bullets were supplied to the Nigerian army from Serbia, with some supplies made as far back as 2005.

Since the incident, CNN said it had contacted over 100 families and protesters.

It said some of the protesters were hiding while others have fled Nigeria.

In the documentary, some of the protesters could be heard asking: “Why they are doing this to us?”

Police brutality in Nigeria and the alleged massacre have received widespread international condemnations.

"@Daddy_Nomso: CNN contacted 100 families of the #LekkiMassacre, did soo much investigative journalism despite Buhari warning them to stay clear, they tracked the Bullets seen at the Toll Gate & the Companies that supplied the Nigerian Army Weapons since 2005

Prampram Youth Fired Up For Season