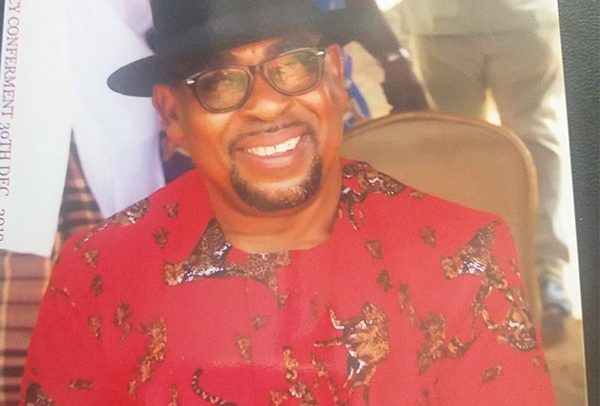 The Nigerian High Commission in Accra has facilitated the return of a 17-year-old Nigerian girl, Favour, who was brought to Ghana by a woman who wanted her to do prostitution.

The President of the Igbo Community in Ghana, Michael Ifeanyichukwu Okereke, and his deputy, Louis Uchegbu Okoirie, played key roles in having the Nigerian High Commission arrange for the return of the girl to her home state, Ebonyi State in Nigeria.

Breaking the good news about the Nigerian High Commission’s gesture, the Igo Community President told DAILY GUIDE that “the high commission has arranged for the girl’s return to Nigeria.” We thank you very much for your efforts in bringing the story about the girl to us.”

It would be recalled that the hijacked girl went to police officers on guard duty at the back of the President’s private residence at Nima to narrate her story.

The cops called DAILY GUIDE to find out how the girl could be helped. The President of the Nigerian Community in Ghana, Alhaji Musa Baba, when contacted by DAILY GUIDE, linked the paper with the Igbo Community President who sent Mr. Okoirie to come and deal with the issue.

The Igbo Community accommodated the girl for a night and contacted the Nigerian High Commission the next day.

The intervention of the high commission led to the return of Favour Ndukwe to Nigeria.

DAILY GUIDE learnt also that the high commission provided the girl with some pocket money.

She had told DAILY GUIDE about her plans to seek admission into a Polytechnic in Nigeria.

She had been presented with a glittering picture of opportunities in Ghana by the woman who brought her to Accra.

Angry that the project did not work, the woman demanded that the girl worked to offset the cost of transporting her to Accra. The woman seized her belongings saying that she won’t release them unless she paid for her transport from Lagos.

The President of the Igbo Community told DAILY GUIDE that “we were able to collect the items from the woman for the girl.”