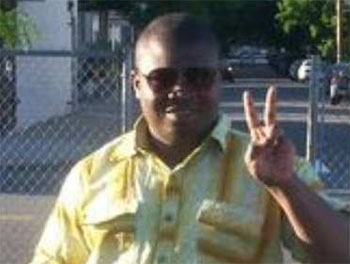 The Parliamentary Candidate of the National Democratic Congress (NDC) in the 2020 election, Christopher Beyere, has filed a petition against the Member of Parliament for Techiman South, the Electoral Commission (EC) and the Clerk of Parliament.

The petition is seeking to overturn the declaration of Martin Adjei Mensah Korsah as the Member of Parliament for the area.

It comes after the NDC candidate who lost the election failed to secure an injunction against the swearing-in of Mr. Korsah as MP for Techiman South.

The petition filed on January 11, 2021 is praying the court to declare the gazetting of Martin Adjei Mensah Korsah as the winner of the Techiman South Parliamentary election null and void.

According to the petition, the verdict by the EC that the NPP’s candidate, Mr. Korsah, won the election with 49,682 votes representing 50.2 % of the total valid votes cast as against the NDC candidate’s (petitioner’s) 49,205 also representing 49.8% of valid votes cast was incorrect and as such should be quashed.

He argues that the pink sheets available to him from all 267 polling stations from the Techiman South Constituency from his agents indicated that he got 50,306 votes in the election while his opponent, Mr. Korsah, got 50,013 of total votes cast, making him the winner of the election.

Mr. Beyere is also pleading with the court to declare all actions taken by the Techiman South returning officer on the day of election leading to collation and declaration as all null and void.

He is further seeking the court to compel the EC to collate all the polling station results of the constituency in the presence of all party representatives because there was no collation and declaration as far as Techiman South Election is concerned.

The petitioner argues that the Electoral Commissioner on December 9, 2020, when declaring President Akufo-Addo as the President-Elect of the 2020 general election, acknowledged that the Techiman South Constituency Parliamentary results had not been collated and declared.

Mr. Beyere is therefore seeking the court to overturn the purported winner of the election and order the EC to collate the results and declare him the winner.