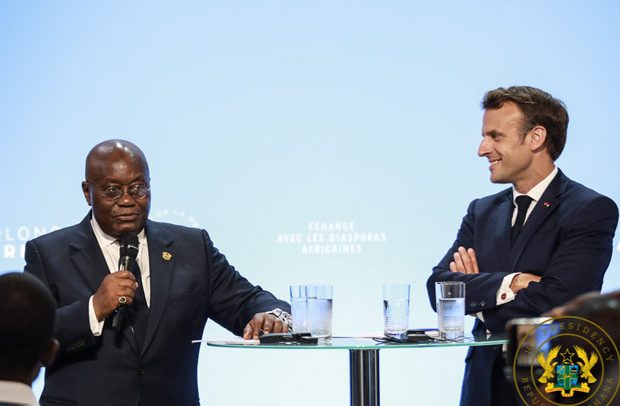 When President Akufo-Addo said at the African Diasporan Summit in France that there is no Father Christmas anywhere he was only advancing his ‘Ghana Beyond Aid’ agenda on the international level.

It was an important opportunity for him to ask his fellow Africans to join him in changing an age-old template which has not helped us in our part of the world. For a continent which is touted as the most resourced-endowed part of the world, it is inconceivable that its dependence on European countries remains a persistent feature. Foreign aid is a significant segment of the budgets of African countries, a situation which can and must be altered for the good of us all.

It takes a committed African leader to take this agenda to the international stage and announce that bringing a closure to the syndrome is his focus. We were excited that President Akufo-Addo’s demand was made in the presence of President Emmanuel Macron, a major player in the comity of the rich and developed nations.

It was the most outstanding evidence yet about the President’s passion and commitment to support the eventual cessation of the aid phenomenon.

While donor countries benefit more than the African recipients, the fatigue which is beginning to set in is ample indication that we must seek means of detaching ourselves from the apron strings of Europe.

The aid phenomenon does not help us to be innovative and to derive maximum dividends from our nature-endowed resources.

The dignity which goes with independence as our forebears put forth when they demanded ‘freedom now’ has not dawned on us because of the incessant aid we solicit from Europe.

Of course, we can change the degrading narrative by, as the President said, sincerely adopting measures to achieve the goal. It is not enough to engage in boardroom or public forum talks about the importance of ending the aid syndrome without coming up with doable measures.

Asian Tigers, as the group of countries in that part of the world are also known by, adopted varying modules to reach their enviable destinations today.

They have succeeded in their determined resolve to change their narratives which is what President Akufo-Addo is demanding of his colleague African leaders and their peoples.

The new stature of the Asian Tigers in the comity of nations is an important factor in international trade.

The independence flag raising ceremony would be meaningless unless we are able to bring a closure to the aid phenomenon. That should be our focus in Ghana and, of course, the rest of Africa.  If there was a Father Christmas sometime ago he no longer exists to dole out undignified handouts which are not enough to change our socio-economic backwardness.

A Leader Also Rules His Household