No Job Losses At GPHA 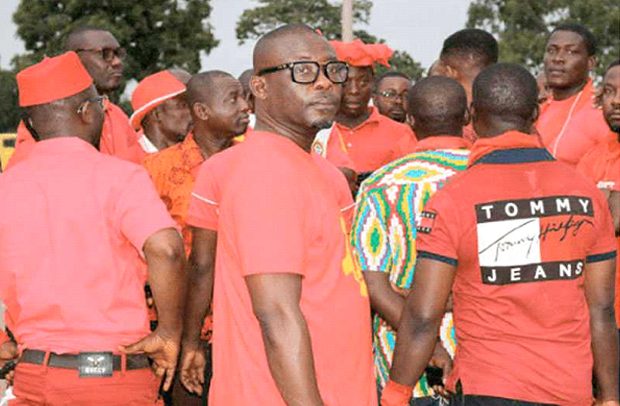 Concerns by these protesters have been addressed by government

GOVERNMENT has given an assurance that there will be no job losses at the Ghana Ports & Harbours Authority (GPHA) as a result of the Meridian Ports Services (MPS) concession agreement.

A statement issued on 28th June, this year, and signed by Kwaku Ofori Asiamah, Minister of Transport, who was reacting to some concerns raised by the GPHA on the commencement of MPS operations at the port, made this known.

It said President Akufo-Addo had listened to the issues raised by the GPHA workers led by the Maritime and Dock Workers Union (MDWU) and the Trades Union Congress (TUC) and had pledged to ensure that there are no job losses at GPHA as a result of the MPS concession agreement.

The statement also said the President’s stance was in conformity to his commitment to promote economic prosperity, while maintaining socio-industrial harmony at Ghana’s ports.

It further noted that the President held a meeting with stakeholders of MPS and obtained their commitment to engage GPHA to ensure adequate revenue generation and job retention on the part of GPHA.

“While pursuing the desired solution, operations in Terminal 3 shall commence with existing tariffs, while GPHA goes through due process with relevant stakeholders for any tariff increase. All parties are, therefore, committed to the successful opening and smooth operations of Terminal 3,” it stressed.

In April this year, staff of GPHA began red attire protests against some unfavourable clauses in the authority’s port expansion agreement with MPS.

They feared the MPS concession would lead to loss of about 4,000 direct and 1,500 indirect jobs because MPS was preparing to start full operations of the first phase of the project in June 2019.