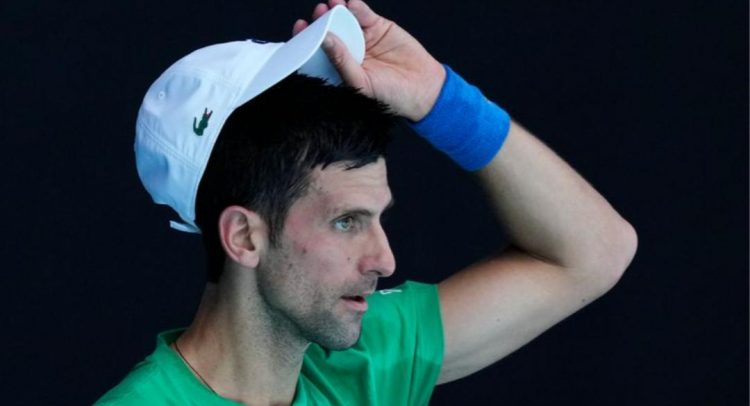 Novak Djokovic faces deportation after the Australian government revoked his visa for a second time.

The world No 1 had been waiting since a judge overturned the original decision on Monday to find out whether Immigration Minister Alex Hawke would use his powers to reimpose the penalty.

On Friday, Hawke released a statement saying he had made the judgement to send Djokovic home “on health and good order grounds”.

Hawke said: “Today I exercised my power under section 133C(3) of the Migration Act to cancel the visa held by Mr Novak Djokovic on health and good order grounds, on the basis that it was in the public interest to do so.

Novak Djokovic has admitted to making an ‘error of judgement’ by attending an interview and photoshoot with a French newspaper after testing positive for Covid-19 last month.

“The decision followed orders by the Federal Circuit and Family Court on 10 January 2022, quashing a prior cancellation decision on procedural fairness grounds.

“In making this decision, I carefully considered information provided to me by the Department of Home Affairs, the Australian Border Force and Mr Djokovic.

“The Morrison Government is firmly committed to protecting Australia’s borders, particularly in relation to the COVID-19 pandemic.

“I thank the officers of the Department of Home Affairs and the Australian Border Force who work every day to serve Australia’s interests in increasingly challenging operational environments.”

Anthony Baffoe Goes Wild On Black Stars, Its Do & Do