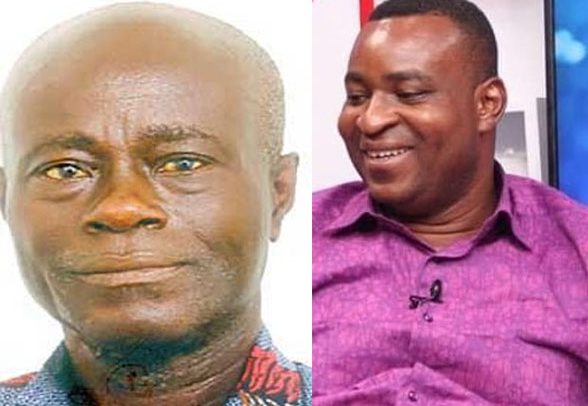 THE NEW Patriotic Party (NPP) delegates go to the polls this weekend to elect regional executives for the party.

The party has fixed Friday and Saturday for the 16 regional offices to elect their officers to run the affairs of the party for the next four years.

The elected executives have the task of leading the party to the 2024 crunch general election where the party is determined to break the eight years electoral cycle by winning the presidential elections and majority of parliamentary seats.

The race for the regional chairmanship, in some of the regions, is a walk over for the incumbents while others are sweating to retain their positions due to stiff opposition from their challengers.

Interestingly, the two aspirants were tight friends before the contest split them.

Reports from the constituency in Greater Accra Region suggest that Divine may floor Alfred again. “It’s no contest. Divine is winning,” an avid supporter of the incumbent chairman and an MP for one of the coastal constituencies told DAILY GUIDE yesterday.

All eyes are on the Ashanti regional contest where the incumbent, Bernard Antwi Boasiako, popularly called Chairman Wontumi, appears to be drowning at his own backyard, following the hot chase mounted by his onetime buddy, Odeneho Kwaku Appiah, also known as COKA, to unseat him.

Odeneho, the immediate past chairman for Afigya Kwabre South, says his experiences through several ranks of the NPP have given him the hope and energy to lead the party to its promiseland.

“My political work started as political campaigner. I was a chairman for Concerned Citizens Association, pressing for development in Ashanti Region and beyond; Ward Organiser for Subin Constituency, Government Appointee to Bekwai District Assembly, Regional Financial Secretary for Ashanti Region under Chairman F.F. Anto, and Constituency Chairman for NPP Afigya Kwabre South for many years till now,” he touted his political experience in a statement released yesterday.

According to him, such experience shows that he understands the political environment and is ready to take the position of chairmanship in the region. He, therefore, urged delegates to make a wise decision.

In the Eastern Region, the race is between incumbent Regional Secretary, Jeff Konadu Addo and Kwadwo Boateng-Agyeman, the immediate past constituency chairman for New Juaben North in Koforidua. A week ago, Jeff was cruising to victory until Kwadwo Boateng-Agyemang threw his hat into the ring, declaring his interest in the regional chairmanship race, changing the dynamics dramatically.

The two are at poll positions to grab the regional slot, with cash playing a major factor.

Sources said one of the aspirants is boasting of paying GH¢10,000 to each of the delegates from the 33 constituencies in the region.

The Central Region is another hotspot where the incumbent, Robert Kutin Jnr., who plotted NDC’s fall and spearheaded two successive victories for the party in the last two elections in the region, is being demonised by his opponents.

However, Chairman Kutin is not perturbed, welcoming a challenge from his opponents, Dr. Joseph Kobina Esibu, who is a strong contender, and Alfred Kojo Thompson.

In the Northern Region, the race is between the incumbent regional chairman, Mohammed Adam Bantima Samba, Amadu Inusah and Ibrahim Mahama. Chairman Samba and Alhaji Inusah, popularly known as Alhaji Dagomba Boy, are the strong contenders for the race.

In the Bono Region, 26 aspirants have been cleared to contest the election for various positions, with the chairmanship slot being the focus of the contest.

Incumbent chairman, Kwame Baffoe Abronye, is facing stiff opposition from Konlaabig Rasheed, with the odds in favour of the incumbent.

There is no contest in the West Region as the incumbent is being returned unchallenged. Chairman Francis Ndede Siah is contesting for the position as a sole candidate having gone through the vetting process with no challenger.