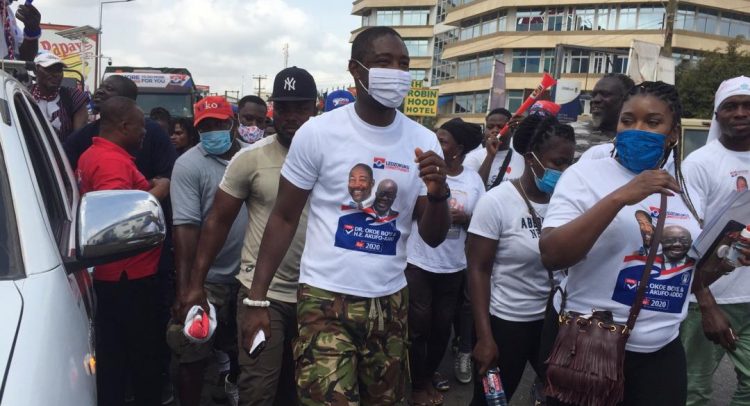 A huge crowd of New Patriotic Party’s supporters, members and executives, has hit the main street of Spintex to canvass for votes for the party.

They matched through the Spintex road, beginning from Palace Mall to the Coca Cola roundabout, amid drumming, dancing, and sharing of NPP’s campaign materials.

Mr Asamoah Boateng speaking to NPP supporters at the rally, says President Akufo-Addo will win by 61 percent on December 7.

He stated that former President John Mahama will be defeated in a humiliating manner by two million votes.

He urged members of the NPP to work together in unity and learn to forgive one another.

He said as a medical doctor, he had several patients coming to his hospital during the Mahama’s administration with cases of severe rashes caused by heat resulting from erratic power supply popularly known as dumsor.