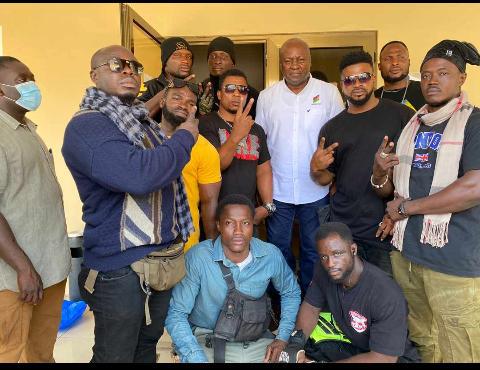 He also said the resources meant to be spent on buying uniforms for the security personnel were being diverted and used to buy uniforms for vigilantes. 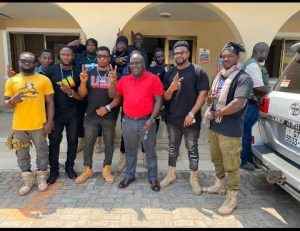 According to Mr Mahama, the increasing rate of armed robbery incidents was due to the action of government to give weapons robbers.

The former president made the claims on Thursday evening while addressing the party supporters at Koforidua Prisons Park in the New Juaben North Constituency as part of his four day Eastern Regional Tour. 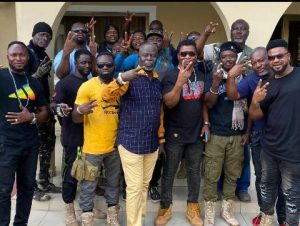 Mr Mahama stated that “We are all witnesses to the terrible security situation in the country presently. Of late, armed robbers don’t fear our security personnel anymore. They block main roads and rob people at gun-point because they are fearless. Instead of guns being given to our security personnel to protect us, they’ve rather been given to vigilantes. The monies to be spent on buying uniforms for our security personnel are diverted and rather used to buy uniforms for vigilantes, while our Prisons, Immigration, and Fire Service Officers lack uniforms”
The Former President continued that “If you ask our police officers they’ll tell you that for one year they’ve not received a uniform allocation.

You sometimes meet a policeman with a faded uniform parading our streets. How on earth will anybody fear such a policeman? When I’m voted into power, I’ll ensure that what needed to be done for our security personnel is done”.

Earlier, speaking on Starr FM, Mr Mahama accused the NPP of recruiting members of its vigilante groups – Delta Forces and Invisible Forces, into the National Security.

According to him, most of the NPP’s vigilantes before they were recruited were known armed robbers which make them unfit to work in such a sensitive security agency.

He said “…I’m saying that the Delta Forces and Invisible Forces lived with our people in the communities. We know some of them were dishonourable characters, today we see those same people with National Security IDs carrying weapons and all that. “I’m saying that we knew that they used to be armed robbers when they were in our communities and they were carrying out robberies and other things.”

He added “And so now that they are in the security services they work normally as security personnel during the weekdays and what do they do as their part-time job at the weekends, we don’t know. There have been robberies where ID cards have been found linked with the National Security and Jubilee House. So we can safely say that some of the vigilante characters are involved in dishonourable activities.”
Freedom For Galamsayers

The former President stated “When we come into power, I will grant amnesty to everyone who was arrested for operating galamsey. I believe that these operators are remorseful towards any unlawful activities, so we will give them another chance.”

According to him, his government has a well-planned policy that will develop small scale mining, adding that the party will expand job opportunities in the mining sector, to create wealth for the people, especially those living in mining communities.

He added that unlike the NPP government, his administration will put political affiliations aside and ensure that the initiative benefits every small-scale miner.

“The Akufo-Addo government has allowed his party members to benefit from small scale-mining and has stopped people who are not affiliated to the NPP party to starve,” he stated.

He stated that every mining district in Ghana will be assigned professionals from the University of Mines and Technology at Tarkwa (UMaT) to regulate and train all small scale miners to ensure the safety of the miners.

The NDC flagbearer said his administration will engage the UMaT professionals to train small scale miners in land reclamation.