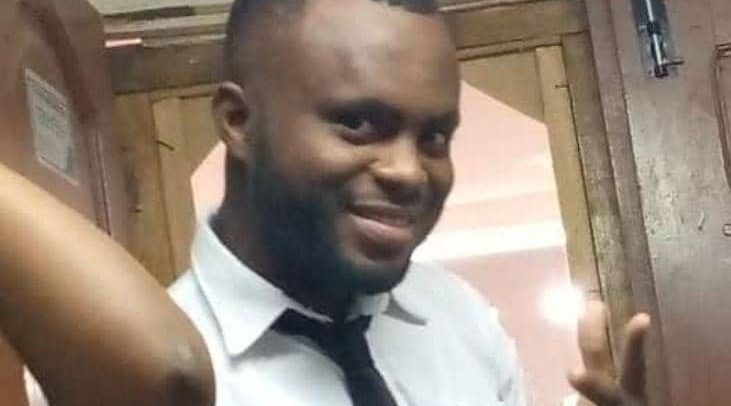 A 31-year-old nurse at the Zebilla Hospital in the Bawku West District of the Upper East Region, Ishmael Bashiru Pumi, popularly known as Prince, has died after a gunshot received from suspected armed robbers at about 2am on Tuesday.

The Ghana News Agency (GNA) gathered that the Nurse, who was driving from Bolgatanga to Zebilla, unknowingly drove into an ongoing robbery incident at the Tilli forest where armed men, suspected to be Fulanis, blocked the road with their cattle and robbed their victims.

Paul Asio, a close friend of the late nurse, who was in the car with him, told the GNA that Pumi on reaching the robbery scene, tried to by-pass an articulated truck parked on the road unknown to them the occupants of the truck, a driver and three mates were being robbed.

“When we were approaching the truck, I told Prince that it was a broken down vehicle so he should be careful. Immediately we by-passed it, the Fulani people shot directly into the head of Prince. He lost control, and the car stopped. I lowered down myself so the bullet grazed my forehead,” he narrated.

He said the robbers were about five in number, with two holding guns, “They came to the car, pulled Prince out, in a pool of blood, they pulled me out, searched our bags took our monies and phones.

“When they saw the way Prince was bleeding one of the robbers spoke the Kusaal language saying that they should give my phone back to me to call for Prince to be taken to hospital else he will die. I called a friend to go to the Police station and report, so within 30 minutes the Police came and picked six of us to the Zebilla Hospital.”

Denis Kpireu-Ib Benyuur, the Bawku West District Chairman of the Ghana Registered Nurses and Midwives Association (GRNMA) confirmed to the GNA that Mr Pumi was subsequently referred from the Zebilla Hospital to the Tamale Teaching Hospital where he passed on.

He said the late nurse worked at the Paediatric Unit of the Zebilla Hospital, adding that he was actually for morning shift on the day of the attack.

The Chairman said “He was brought to the Hospital in an unconscious state, he was transfused with two units of blood and referred to TTH, where he died.
“This is very sad news to us, as an Association, we just buried a nurse last two weeks who was involved in an accident. It’s really a big blow to us.

Nurses at the Zebilla Hospital are heart broken and down spirited, even though we are still carrying out our duties as professionals.”

Mr Benyuur called on the Zebilla Police Command to beef up security on the Bolgatanga-Zebilla road which he said had recorded several robbery attacks over the years, and urged nurses and midwives in the District not to relent on their mandate in spite of the challenges.

The Upper East Regional Police Public Relations Officer, Assistant Superintendent of Police (ASP) David Fianko Okyere who confirmed the robbery incident said “Investigation is ongoing, it is too early for us to come out with any other details, at the appropriate time, we will come out with information,” ASP Fianko Okyere told the GNA.

Some colleagues of the late nurse at the Hospital described him as a hard working nurse and doubled as a popular musician who used to perform at entertainment shows across the Region and beyond to the admiration of his audience.
GNA