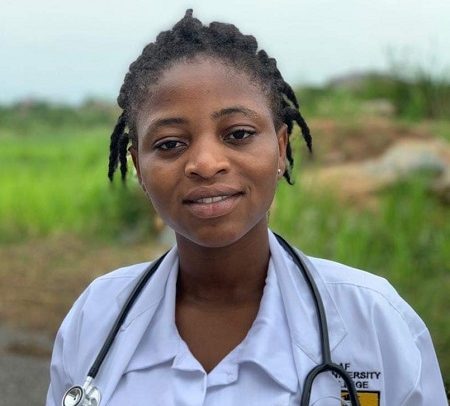 THE POLICE in the Bibiani Anhwiaso Bekwai Municipality of the Western North Region have launched a manhunt for a 26-year old man who is alleged to have sexually abused a trainee nurse in the area.

Initial reports were that the suspect, identified as Fredrick Kwame Acquah, allegedly abducted the trainee nurse on clinical attachment at the Greenshield Hospital in Sefwi Bekwai in the Municipality, and abused her sexually.

However, the Western Regional Police Command has denied that the victim, Aisha Abubakar, 21, was abducted.

After the incident, which happened last Saturday, Kwame Acquah, believed to be an ex-boyfriend of the victim, took to heels.

According to the relatives, Aisha was on her way home after duty last Saturday when someone allegedly abducted her.

They asserted that they tried calling the victim on her phone but when she picked the call, she was heard crying which made them suspect that someone might have abducted her.

According to them, moments later, the phone was switched off making them feel apprehensive.
DSP Adiku indicated that the following day, Sunday, June 9, 2019, police visited the family house of the victim and met her with her family and a swollen face.

She told the police that when she closed from work and was about to return home she received a call from her former boyfriend at about 7:30pm to meet her at a spot at Sefwi Atronsu.

She continued that her ex-boyfriend took her to a guest house in the area, took her phone from her and forcibly had several bouts of sex with her.

She indicated that after satisfying himself, the former boyfriend detained her until Sunday dawn when he released her to go.

The Regional Police PRO noted that medical form had been issued to the victim to attend hospital and report back for the next line of action while police have mounted a search for suspect Frederick Kwame Acquah.

Parties Agree On Election Of MMDCEs