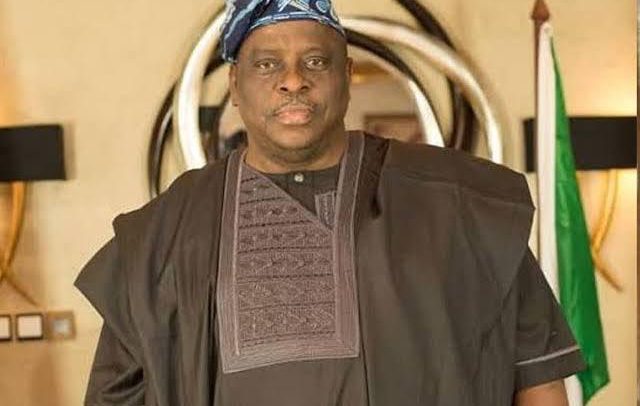 Former President Olusegun Obasanjo, is facing sharp criticisms from a section of Nigerian public over his comments on the death of Senator Buruji Kashamu.

Senator Kashamu, an alleged drug baron died from Covid-19 on Saturday, August 8, 2020.
Reports picked up by DGN Online suggested that he passed away at the First Cardiology Hospital, Lagos.

Senator Kashamu was aged 62 and his death was confirmed by Senator Ben Murray Bruce in a tweet that read: “I have just lost my good friend of forever to #COVID19. Until his death, Sen. Buruji Kashamu and I were inseparable. He died today at First Cardiology Consultants, in Lagos. May his gentle soul rest in peace. I pray his family and loved ones the fortitude to bear this heavy loss”.

The late Senator Kashamu between 2015 and 2019 was accused of being a drug lord.

During his four-year tenure as Senator of Ogun East Senatorial District, the businessman was accused of winning his elections with forged certificates and battled for years with the federal government following attempts to have him extradited to the United States to face allegations of drug trafficking.

Kashamu was also popular for leading an extravagant lifestyle and creating a faction in the Ogun State’s Peoples Democratic Party (PDP).

And in a letter of condolence to Prince Dapo Abiodun, Executive Governor of Ogun State, Mr Obasanjo said “the life and history of the departed have lessons for those of all us on this side of the veil.”

“Senator Esho Jinadu (Buruji Kashamu) in his lifetime used the maneuver of law and politics to escape from facing justice on alleged criminal offence in Nigeria and outside Nigeria,” according to Mr Obasanjo.

He added that “but no legal, political, cultural, social or even medical maneuver could stop the cold hand of death when the Creator of all of us decides that the time is up.”

His comments have been condemned as some Nigerians believe he was speaking ill of a deceased man.

His critics have taken to social media platforms including Facebook to slam him.

But Obasanjo speaking to Premium Times, noted that “When I was growing up, in our community, when anyone known with bad character died, we usually only mourn him and bury him. No eulogy. No praise-singing.”

“There is an English saying that urges us never to talk ill of the dead. But in this case, we are not talking ill of the dead. We are only drawing lessons from the life and history of the dead. I am not gloating over his death. It is sad for anyone to die and we must mourn him.”

”But we must learn from such a passage. There will be bad lessons. There will be good lessons. But we should not just be praise-singing or eulogising the dead, especially when there is no need to do so.We should not cover up bad histories and conducts so that the right lessons can be learnt.”

”As you know, I say my mind as truthfully as I know them and in line with my convictions. People are free to say whatever they want about my comment. I don’t begrudge people for holding opinions on whatever I say or do.”

I have just lost my good friend of forever to #COVID19. Until his death, Sen. Buruji Kashamu and I were inseparable. He died today at First Cardiology Consultants, in Lagos. May his gentle soul rest in peace. I pray his family and loved ones the fortitude to bear this heavy loss. pic.twitter.com/OJGIt0VK3n