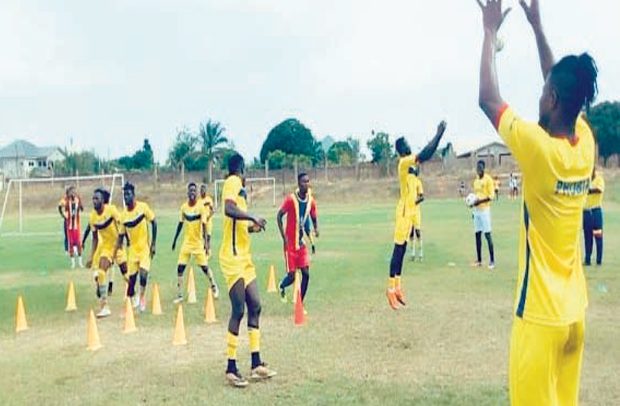 Hearts of Oak began training yesterday in the morning after pitching camp in Cape Coast (Oguaa) ahead of the start of the new season.

The Ghanaian giants traveled to the Central Region on Wednesday to begin a two-week preseason camping.

Coach Edward Nii Odoom will lead his players through their first training at 8:00 am this morning before a late evening exercise at 4:00 pm.

The team has pitched camp at the Glow-Lamp Soccer Academy in Elmina as they prepare to make a claim for next season’s premier league.

The Phobians have made new additions to their squad including the acquisitions of Nigerien Mamane Dramane and Ademola Kuti of Nigeria.

Last season the Rainbow club managed to place ninth before the campaign was abruptly ended by the outbreak of Covid-19.

Hearts have boosted their technical department by appointing Portuguese Vaz Pinto as a technical director.

The 20-time Ghana Premier League champions begin their campaign with an away game against Aduana Stars.