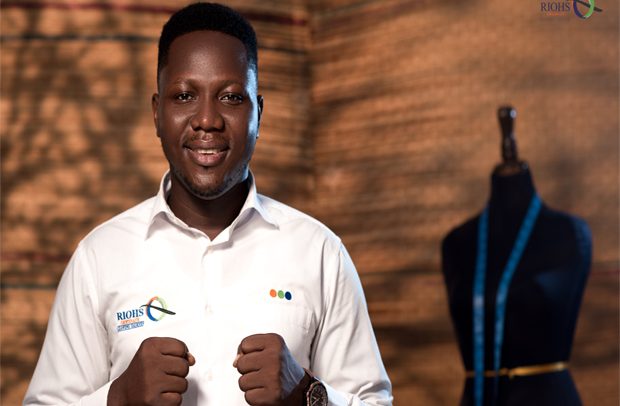 Ghanaian fashion designer and founder of Riohs Originate fashion school, Richard Ohene Sika, has been awarded as the Best Fashion Entrepreneur of the Year at the just ended third edition of Fashion Ghana Honours and Awards.

The awards ceremony, organised by Fashion Ghana, was held at the Kwame Nkrumah Mausoleum in Accra last Saturday.

The Ghanaian fashion tutor has worked with several fashion schools and nurtured the top tier of fashion designers Ghana can boast of, including; Elikem the Tailor, Sima Brew, Quophi Akotuah, Gina Akala, Actress Pascaline Edwards, Avonsige, Brenda Dzandu, Steven Djorbua, and a host of others and is a clear manifestation of the many impacts he has made within the fashion industry.

Riohs Originate, founded by Ohene Sika in 2010, has grown to become one of the influential fashion schools in Accra. Over the years, it has also provided services and training for individuals/organisations that believe in making a change, especially being change agents to the vulnerable in society.

The institution has expanded its services and impacting the lives of many Ghanaians who have chosen fashion design as a career.

Most youth and fashion enthusiasts have gained skills and made a living out of training offered by Riohs Originate, contributing to the socio-economic development of the nation.

On top of the winners of the categories, iconic figures in the fashion industry were honoured. Amongst these were Ghana’s first model Herman Ofori Macmillan, an international fashion model and humanitarian personality, and Kofi Okyere Darko aka KOD were given the topmost honour award on the night.

The star-studded show was hosted by comedian and TV presenter Shegelabobor and songstress Efe Keyz. The event saw several guests in attendance observing social distancing with many showing up in masks.

The event was graced by celebrities such as Too Sweet Annan, Victoria Michaels, Nana Made In China, KOD and Harold Amenyah among others.