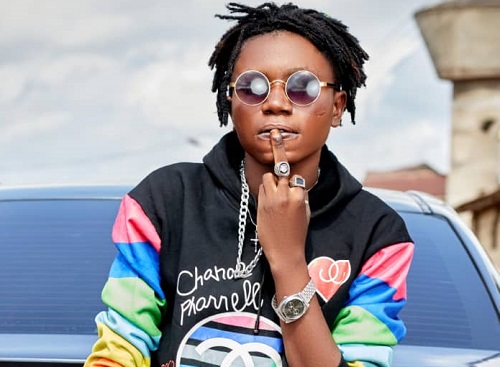 Highlife/afropop artiste Richard Ofosu, known in the music scene as Okit Physical, appears determined to make it to the global music scene with a good strategy to market his songs.

With a number of hit songs to his credit, Okit Physical has indeed proven beyond all reasonable doubt that he has really come to stay.

The 2020 Eastern Music Awards (EMA) new artiste of the year believes he has a unique style that will stand out and make the impact that he wants.

The lyrics in his songs such as My Life, Car Owner, Thank Jah, Nkrante, Hustle, among others, are neatly arranged with good rhythms and drum beats to meet the demand of music lovers.

Opinions about the songs differ, but listening to the lyrics carefully and the kind of message he is sending to the youth, one will easily be motivated to sing along, making the songs more interesting to listen to.

Many who have had the opportunity to listen to his songs acknowledge that he is a prolific songwriter, singer and performer.

Over the last few years, Okit’s music and electric live stage performances have attracted thousands of music fans to his events.

In an interview, he explained that his motive of doing music was to prove to the world that a Ghanaian artiste could also make it to the international stage and become a global icon.

He expressed a belief that if he added hard work, determination and discipline to the talent God had given him, there was no way he would not achieve his dreams.

Okit has been working hard behind the scenes, sharpening his voice and composition skills and working on collaborations. His performances with some well-known artistes have revived his music dream.

Currently, his management team is working tirelessly behind the scenes to make sure his presence is felt in the music industry in Ghana.

Also, the team is working very hard to promote all his singles through social media, online download sites and mainstream media.

With his unique rap style, the hitmaker champion is expected to cause a lot of stir in the Ghanaian music scene.