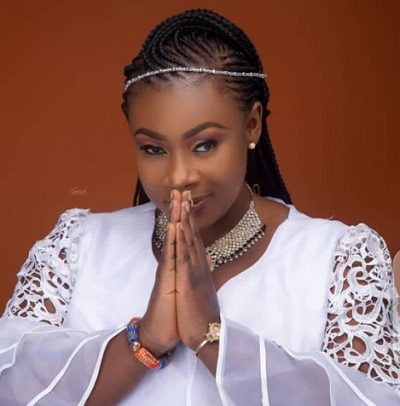 The chart is called Top 200 songs in Ghana in terms of airplay and songs being bought online or physically.

Within a few weeks after the release of ‘Hallelujah’, the song has found its way to playlists of most DJs and radio presenters all over the country, and the release of the official video has enabled the song to clinch the number one spot.

The ‘Hallelujah’ music video can be watched on Philipa Baafi’s YouTube channel officialphilipabaafi as well as on all digital platforms or Apple Music.

With 21 years in the music industry, Philipa has shown that she is not done yet and still has more to offer in the industry.

The professionally shot and edited video comes with a blend of the crucifixion of Jesus Christ, studio performance, desert life, and an angelic performance.

The aerial shots of parts of Pambros, a suburb in Accra, and the white costumes by the backing vocalist and Philipa herself, dimed evening sunset clouds and the tomb-like room where Jesus Christ was buried, differentiate the video from the others, which has now positioned it number one on iTunes.

The ‘Hallelujah’ video, according to her management, is the most expensive video they have ever produced.