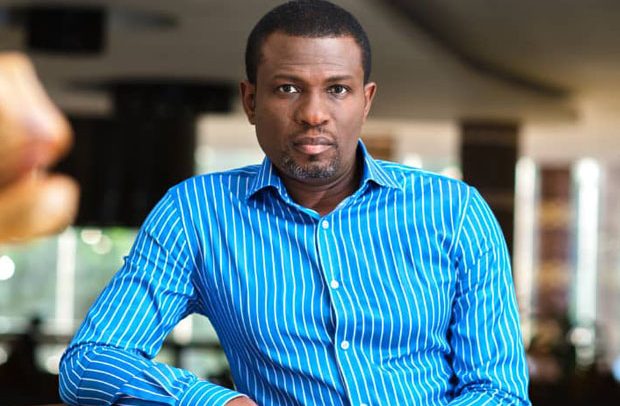 Popular music producer, Ernest Kwesi Ennin, also known as Kwesi Ernest, who is the chief executive officer of Media Excel Productions, believes the president of the Creative Arts Council, Mark Okraku Mantey, is very qualified for the position of deputy minister of Tourism, Arts and Culture.

Kwesi Ernest, who has worked closely with Okraku Mantey, mentioned that the Creative Arts Council president who has invested too much into Ghanaian music industry deserves to be given opportunities to use his experience and knowledge to develop and promote the creative arts industry in the country.

According to him, Okraku Mantey is one of the industry players abreast with the issues of the creative arts sector, so his appointment as deputy Tourism Minister will help boost the growth of the sector.

To Ernest Ennin, he’s confident in the leadership role of Okraku Mantey and believes if appointed, he will do the job very well.

He, however, said he was surprised that some creative industry stakeholders were kicking against Mr. Okraku Mantey’s appointment, saying, it is high time people stopped being judgmental and rather focus on building each other with encouragement.

The music producer, who disagreed with those with the opinion that Okraku Mantey did not possess the required skills to handle that position, urged industry stakeholders to rally behind Okraku Mantey.

“Let every creative arts industry stakeholder come together and rally behind him so that he can discharge his duties with joy when appointed,” he added.

In an interview with BEATWAVES yesterday, the music producer explained that Okraku Mantey had exhibited an in-depth understanding of what the arts industry needed and established the requisite structures needed to help it grow.

He indicated that the standard Okraku Mantey had established in the creative arts industry would make it impossible for him to disappoint Ghanaians as a deputy minister of the industry.

The music producer stressed that when appointed as deputy Minister of Tourism, Mark Okraku Mantey would work tirelessly to “restore the image, pride and dignity of the industry.”

Kwesi Ernest has been in the music industry for the past two decades and has undertaken a number of projects and events to help promote the local gospel music industry in Ghana.

He also produced the 90th musical concert for Professor J.H. Kwabena Nketia, and a concert for the veteran Akosua Adjepong for her 20th anniversary in the music industry.

Until Ghanaians Become More Patriotic Than Partisan, The Country Faces A Bleak Future

‘I Will Kill You In The Street’