On Selling Ghana To Elon Musk 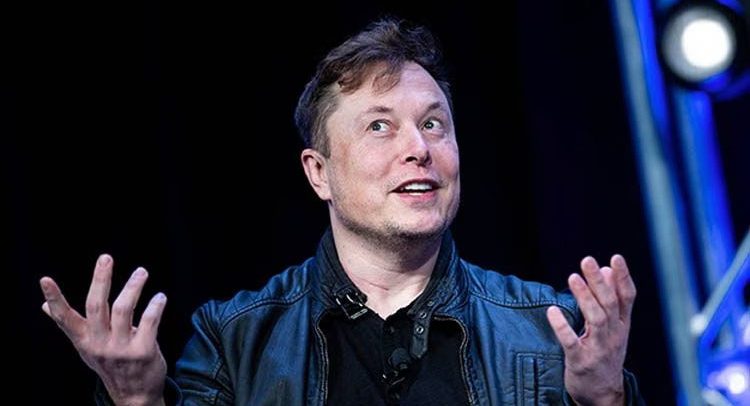 K1 – But if I don’t, you will sit here in your blissful ignorance and someone will come and catch you and sell you to some white man, who will take you to the planet Mars, and experiment with your body to see whether he can make it survive on that dead planet or not!
• What?
• Ahah! Now you are interested?
• Of course I am!
• No, you sit there! They will sell you, and I shall have to sit here and sing laments like “Madamfo pa beko agya me, ah-ah-ah…” [My good friend has gone and left me alone! Blah-blah-blah!”]
• Hey, that’s a very beautiful song.
–All nice songs in Ghana have a melancholic, bitter-sweet content, don’t they? Take Stormy Ass… or Bebrebe yi…. or Wobegyaa me o, Jack; mabedu! Or Wofa Nono…. and Odoyewu akoda agya me….Or the mother of all pathos: Mmoborowa!
• Yiee! I didn’t know that you carried the whole list of Ghana’s “Ancient Top Ten” in your head!
• There’s so much you don’t know. Well, what’s eating you?
• An American guy called Elon Musk has just bought 44 billion dollars worth of shares in a company called Twitter
• Isn’t that the one that threw out Trump?
• Ei, you knew that? Well done.
• Did you say 44 billion dollars?
• Yes I did.
• 44 billion dollars? One man?
• Yes. It’s such a huge amount that as soon as it became known, some of your people in Ghana who have earned certificates from educational institutions but haven’t got an ounce of sense in their heads, began to relate it to Ghana’s external debt/gross domestic product ratio!
• What has Ghana’s external debt to do with somebody buying shares in a company in his own country?
• Ask me! One of these counterfeit Ghanaians suggested that Musk should be invited to pay off Ghana’s debts for us, in exchange for us allowing him to take over Ghana!
• What? Are they mad? Do they know how much the Asantes paid to the British, by way of “tributes” calculated in gold dust, after the British had overcome the Asantes as the Asantes were fighting the British to retain their sovereignty? The British charged the Asantes money for fighting in defence of their own nation!
• Did they?
• Do you know how much profit British and American companies have made in the past 200 years, by buying our cocoa, timber, gold and manganese at prices dictated by themselves? Meanwhile, they also forced us to buy goods from their countries, and to pay whatever prices they asked us for the imports we bought!
• Yes! Cocoa – they told us how much they would pay us for it. But when it came to corned beef, we couldn’t tell them what we would pay for it! No; they would tell us its price!
• And this went on for how many centuries?
• Went on? It’s still going on! For all you know, this Elon Musk bloke owns shares in British, American or German businesses that carry out an export or import trade with Ghana! Or maybe he deals in commodities as part of his “investment portfolio!”
• And Ghanaians hear that he has been able to buy Twitter shares costing 44 billion dollars.
• And they go crazy: “Hey invite Musk to come and buy Ghana!”
• And if you check, you may find out that these people went to big universities!
• Yes, they didn’t ever hear a Briton, a Frenchman or German even joke that America should buy Germany because after the Second World War, America helped Germany to rebuild its industries.
• Or that Britain was equally bailed out during and after the war with American “lend-lease” largesse!
• Man, what’s wrong with OUR so-called intellectuals?
• Koo, the problem is that many of them are not true intellectuals at all. They dote on these reputable overseas educational institutions but don’t realise that they were established by the British, the Americans, the French and others, to serve their own purposes. These great scholars imbibe “knowledge” that was evolved to serve those societies and regurgitate it to their foreign tutors. The better they are at being able to parrot back what’s taught to them, the more highly classified are the certificates granted to them. And they come back to Africa and begin to apply that foreign knowledge to our local problems.
• And they bomb?
• Yes. For how can anyone even contemplate – EVEN AS A JOKE – the idea of selling a whole NATION to someone?
• And not even to buy something important that can be useful economically, but to repay debts?
• How were the debts incurred in the first place?
• Irrelevant!”
• Don’t we pay a subscription to the IMF and the World Bank?
• So what?
• Don’t the debts attract interest? Isn’t some of the interest an overwhelming burden?
• Koo, the whole thing doesn’t make sense.
• Yes, if someone made a suggestion in the US (say in connection with American bonds held by China!) he would be laughed out of court!
• But here, the media think it’s a matter to be discussed seriously!?
• Yes, they love the idea of someone sitting behind a computer and accumulating so much money that 44 billion is like two dollars to him!
• Yep! I am quite sure they would all…
• Love to be like him!
• Right”

The Problem Of Judging People (3)