“Operation Clean Your Frontage” Campaign Is A Game-Changer – Henry Quartey 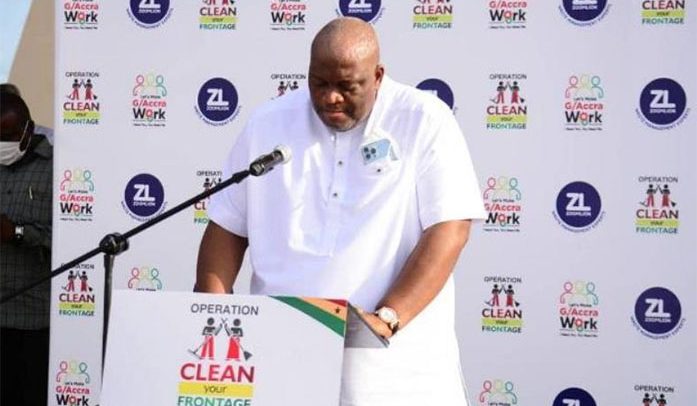 Greater Accra Regional Minister, Henry Quartey says the “Operation Clean Your Frontage” campaign will be a game-changer to the menace of poor environmental sanitation in the Region.

The Campaign, which was launched by President Nana Addo Dankwa Akufo-Addo in Accra, is a clarion call on all citizens to appreciate that keeping their environment clean and green is one of the prerequisites for leading a healthy and happy life.

It is part of measures by the Greater Accra Regional Coordinating Council to keep the City clean.

The campaign is to enforce sanitation regulations in the City as part of the “Make Accra Work” agenda.

Mr Quartey said because sanitation and cleanliness were related to health, this needed to be tackled with all seriousness to resolve various health challenges.

He said the necessary by-laws were passed by all the 29 Metropolitan, Municipal and District Assemblies (MMDAs) in the Region and approved by the Regional Coordinating Council and duly gazetted. 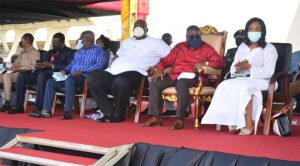 Mr Quartey said the importance of the by-law was that every house owner, occupier, trader, business and institution had a responsibility to ensure that the frontage of their premises and immediate surroundings were clean.

The Regional Minister said 3,500 youth were recruited and would undergo training to form the City Response Team, just like the City Guards, to help in the implementation and policing of the agenda.

He emphasized that these officers would be trained and properly structured under supervisors, who were retired military officers, saying “they will be given the required resources to deliver and we expect them to exhibit the normal military discipline in all their activities.”

Mr Quartey said the City Response Team would police every vicinity and major intersection in Accra.

There will also be established special call centres with toll-free lines to receive calls/complaints from sanitation informants.

“Indeed, we are engaging the Attorney-General to find a way to include Community Services in the sentencing regime to ensure that we do not congest the courts with sanitation issues.”

“We are offering two months moratorium for public education and mass sensitization after the project launch, full operations will therefore take off by 1st January 2022.”

Mr Amidu Chinnia Issahaku, Deputy Minister of Sanitation and Water Resources, said the initiative aimed at a behavioural change which was critical in ensuring a decent environment to avoid environmental-related sicknesses.

He assured the Regional Minister and the 16 Regional Coordinating Councils of his Ministry’s continuous collaboration with all stakeholders, including the private sector, to ensure the agenda to make Accra and all parts of Ghana clean, was achieved.

A Deputy Minister of Local Government and Rural Development, Augustine Collins Ntim, who commended the Greater Accra Coordinating Council for leading the initiative, urged the media to support the Ministry and monitor its progress, thus, making Accra clean to attract investors and tourists for economic growth.

He said the by-laws formulated on any frontage premises had been gazetted, hence tasked all MMDAs within the Greater Accra Region to ensure its implementation.

Dr Joseph Siaw Agyapong, Executive Chairman of the Jospong Group, who represented the private sector, underscored the need for effective collaboration among all stakeholders in ensuring that the objectives of the campaign were achieved.

He said, in addition to the personnel, his Company was providing 85 compactors for every MMDA and 1,000 tricycles to support the campaign.

Dr Agyapong also highlighted the need for attitudinal change, saying, “the company has discovered that attitudinal change and law enforcement of by-laws are the two key challenges inhibiting a sustainable clean and healthy environment.