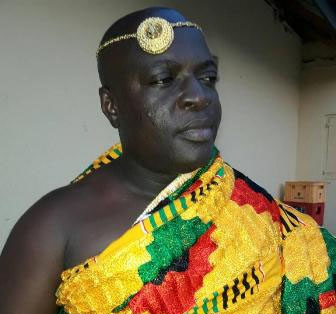 The Chief of Osiem in the Akyem Abuakwa part of the Eastern Region has embarked upon a patriotic venture worthy of emulation by not only his colleague traditional leaders but also citizens who have the country at heart.

Osabarima Adjei Mireku has mobilized his people to be vigilant upon discovering an upsurge of foreigners suspected to be undocumented in their communities.

Suspecting that such persons could be intending to use the countryside location of their communities as safe havens stands him out as a man who understands what leadership entails.

The chief and his people are not performing the national task alone but in collaboration with the police which for us is heartwarming. As a people, we must begin to show sincere love to our country by protecting it against anything that can affect it negatively. When criminals come into our country and we sit on the fence without responding, our non-response constitutes an act of irresponsibility.

When we embark upon such patriotic missions, we must be mindful of the legal implications of our actions.

As citizens of member countries of the Economic Community of West African States (ECOWAS), these persons have certain rights which we might not understand and appreciate; therein lies the reason why we must involve the security agencies such as the Ghana Immigration Service (GIS) personnel who can easily tell a foreigner who is legally living here and one who is not.

Our flanks have been opened for far too long, the frontiers largely porous, making it easy for foreigners to come in and leave as they wish. It is humanly impossible for personnel of the GIS to police the long stretch of our borders the financial outlay beyond our purse.

Even the US is struggling to police its borders efficiently. That is why the issue of border protection and managing internal security requires collective effort from both the citizens and the relevant security agencies.

We are pleased that the Osiem Chief in one instance invited a suspected foreigner to his palace because of perhaps an infraction. He handed over the suspected defaulter to the police – a civilized way to handle such matters.

It is important to note that vigilance should not be restricted to even Ghanaians and when there is suspicion about illegality, the security agents must be invited. Being a responsible citizen includes conducting ourselves in this fashion.

Physical attack of foreigners as it happened in Kumasi should never be encouraged because our country wields an enviable aura in the comity of civilized nations, an attribute which should be protected at all costs.

The lawlessness of some bad nuts from Nigeria notwithstanding branding all nationals from that country as miscreants is unacceptable.

Even while we remain vigilant and ready to report suspicious characters to the security agents – both citizens and foreigners – we must maintain our age-old hospitability for which we are known.